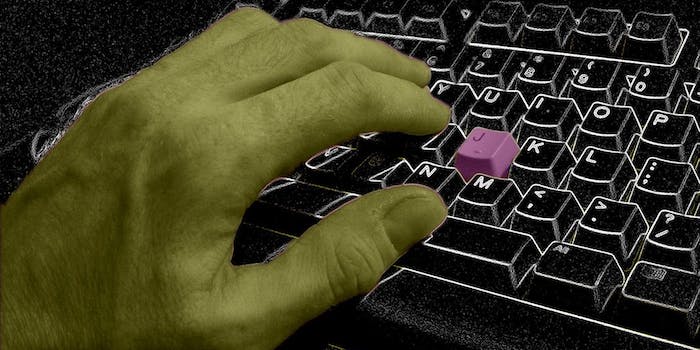 Inside the surprisingly persistent success of AOL

Like a zombie looking for brains, AOL just keeps coming back.

Here’s a sentence you might not expect to hear in 2014: “Want to hear some news about AOL?” Yes, that AOL. They still exist, and more than that, they’re still profitable.

This week, Dan Frommer of Quartz analyzed the current state of America Online, and what he discovered was somewhat surprising.

AOL has spent the last decade—since the broadband era really took off—trying to build a business around online advertising. But its legacy dialup Internet subscription business is still generating a big portion of its sales—and most of its profits… Expect the subscriber base to continue to shrink, as wireless broadband continues to build. But much like Yahoo’s search business, for now AOL can enjoy its vintage cash machine.

Although you may not have heard of AOL in awhile, you probably remember them. If nothing else, there’s a good chance you can recall the “away message” that used to put up on AOL Internet Messenger, more popularly referred to as AIM. The Daily Beast’s Andrew Romano even found that many people are still using their AOL screen names.

Ironically, what AOL was best known for may have also ended up being their downfall. Examining the rise and subsequent crash of AIM, Jason Abbruzzese at Mashable writes, “AOL… was a subscription business intent on maintaining its revenue as an Internet service provider. It did not help that attempts to monetize AIM were unsuccessful… AIM did eventually begin to bring in money, but not in significant amounts. Its grip on the messaging market had loosened, and the rise of social networking sites with proprietary chat functions made it less relevant.”

In addition to paving the way for companies like Facebook, as Abbruzzese notes, AIM was a pioneer in other areas, too. AIM developers created a version of voice chat prior to the inception of Skype, tried to crack the mobile market before texting took over, designed a set-top version for PlayStation 2, and delved into napster-like file transfer and searchability.

But as instant messaging became a given in many other places, AIM fell out of the spotlight, and with it, so did AOL. The most prominent news about the company in the last year or so is most likely the security breaches experienced by their mail service.

Nevertheless, it’s appropriate to look at AOL as a survivor, at least more so than the likes of Napster of Myspace. They’re reliant on dial-up, but they are alive. Taking that impressive feat into account, one has to wonder, how have they managed to keep on chugging for so long without making any drastic changes, and more importantly, where do they go from here?

It sounds strange, but a small factor in their success amounts to general laziness. Abbruzzese hits on this in talking about screen names—sometimes, you just don’t want to abandon what’s comfortable. Moreover, it looks like there’s at least a small contingency of users with disposable income out there, who’ve simply never bothered to unsubscribe. After looking at their fourth quarter financial reports earlier this year, Gizmodo’s Mario Aguilar observed that “some people pay for AOL services while paying someone else for Internet.”

However, lazy people aren’t the chief demographic who won’t let AOL go. That would be senior citizens. According to Ben Smith, writing for Politico, the combination of older people and money actually makes an AOL email address a status symbol. He arrived at this conclusion after noticing all the powerful people in politics and media (Jim Messina, Dick Morris, Al Franken, David Axelrod, David Brooks, Arianna Huffington, Ann Coulter) who were still using their AOL accounts, which led him to propose that these people “couldn’t be bothered to switch and had nothing to prove to anyone.”

Adrian Chen, who responded at Gawker, wasn’t buying it though. “The only status an AOL address symbolizes is your status as an old person, stuck in the mid-90s,” he writes. “The AOL address is nothing more than a digital AARP card.”

Regardless of this debate, the majority of senior citizens using AOL are not wealthy or powerful. Sadly, this also presents a scenario wherein it becomes easier to take advantage of less tech-savvy older people without them knowing it. In a profile the New Yorker did a few years ago on AOL CEO Tim Armstrong, writer Ken Auletta reveals that a large proportion of AOL subscribers “are older people who have cable or DSL service but don’t realize that they need not pay an additional twenty-five dollars a month to get online and check their e-mail.” Auletta interviewed a former AOL executive, who told him, “The dirty little secret…is that seventy-five per cent of the people who subscribe to AOL’s dial-up service don’t need it.”

If AOL’s current business model is indeed built on lazy slackers and technologically impaired senior citizens, they’ve got a serious problem, especially where their image is concerned. But there is one group of people AOL could use to put a positive spin on their aging enterprise: the nostalgia-prone.

With nostalgia taking over the Internet, it only makes sense that it would seep into how we feel about the very idea of technology itself. The perseverance of film cameras, cassette tapes, and most of all, vinyl, especially among young people, is proof of this.

Sure, part of the problem is complacency; I know I’m not going to forget the name under which I spent hundreds of hours IM’ing with girls I had crushes on in high school, so why bother coming up with something else? But the bigger part of it is nostalgia. Nostalgia for a time when your real life and your Internet life weren’t quite the same thing yet. When you didn’t have to secure firstnamelastname.com, or else. When you weren’t expected to establish your own “personal brand.” When being a pimply Britpop fanatic was enough.

Technological nostalgia isn’t always a great thing, of course. As an article from Tommy Wyher on the blog Drill Down points out, “Nostalgia can be a knee jerk reaction for some people, but those people probably haven’t tried to stream a YouTube on a dial-up connection.”

That said, nostalgia will always retain a certain power. It’s funny that Abruzzese sees AOL as a time before “personal brands,” because employing nostalgia in an effort to rebrand wouldn’t be a bad move for the company. In fact, nostalgia often plays a major role in rebranding.

To an extent, AOL already is cashing in on the yearning for “simpler times.” In the New Yorker profile, Auletta posits:

As AOL struggles with old stuff, its competitors are pushing ahead with new stuff. In the past two years, Apple has released the iPad and built a lucrative App Store; Google introduced the Android mobile operating system and has begun charging people for pay-per-view on YouTube; Facebook has generated hundreds of millions of dollars through video games and formed deep partnerships with everyone from Pandora to the Times. Meanwhile, AOL increasingly relies on content that advertisers have generally spurned.

That Auletta mentions Apple is fitting, since they probably pulled off the biggest tech rebrand of all time. But for AOL to use our collective love of nostalgia to transform their image, the path they take has to be something different.

In short, AOL has to make people aware they still exist, and that they can be more than a dial-up company, and they have to do it without failing to capitalize on the memories people associate with them in the first place. Like Frommer said over at Quartz, they are a “vintage cash machine,” ala Yahoo (although Yahoo seems to have a few other tricks up its sleeve, too). Basically, they’re an alternative to the norm, and they need to harness the inherent “cool” that comes along with a “vintage” image.

Or they can just keep relying on the lazy and senior citizens. It won’t work forever, but hey, it’s worked for them so far.

Photo via josef.stuefer/Flickr (CC BY 2.0)