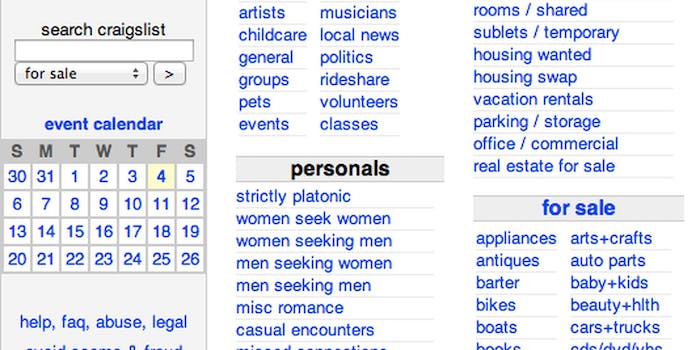 These insane Craigslist rants are like a long-form @Horse_ebooks

The Craigslist Rants & Raves section usually contains exactly what its name promises. But sometimes a post crosses the line between insanity and genius.

The Craigslist Rants & Raves section usually contains exactly what its name promises. But sometimes a post straddles the line between insanity and genius, and if you’re extra-lucky that genius will post more than once.

We got extra-lucky: Somebody in New York’s Battery Park posted a series of rants on Thursday night and Friday morning.

Who are they against? It’s hard to tell. Neighbors? An ex-lover? You be the judge.

Are they real? Could a post with the phrase “I’ll do your objectified Michael Moore cheese poodle perm thing for you” possibly be?

The rants came out sounding more like trippy and surreal—albeit misanthropic—poetry, at least as good as some of the postmodern crap we had to write term papers about in college.

The Battery Park Poet apparently has a computer with broken G and W keyboard buttons, since his rants are posted in ALL CAPS except for those two letters.

The first post went up Thursday night at 8:56—and, as of Friday afternoon, hasn’t been flagged for removal. 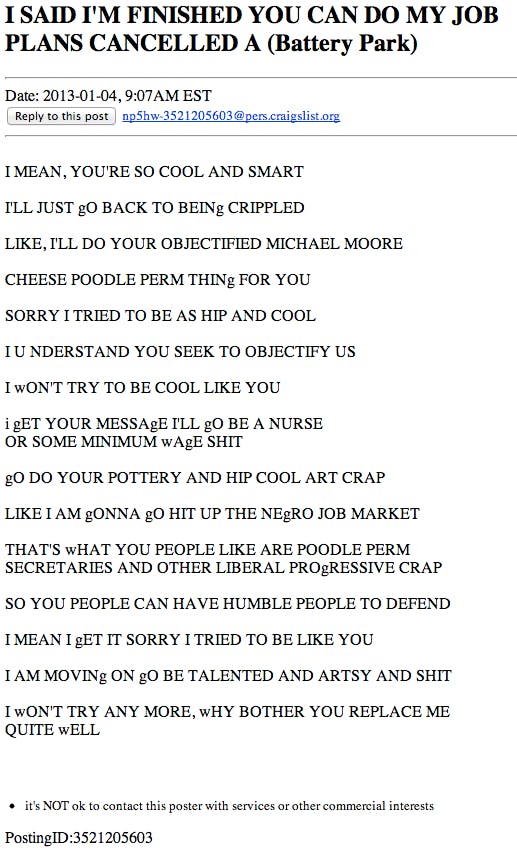 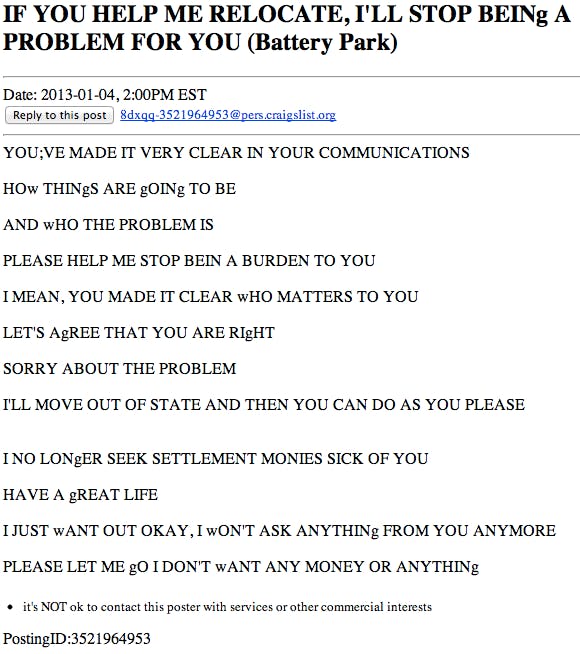 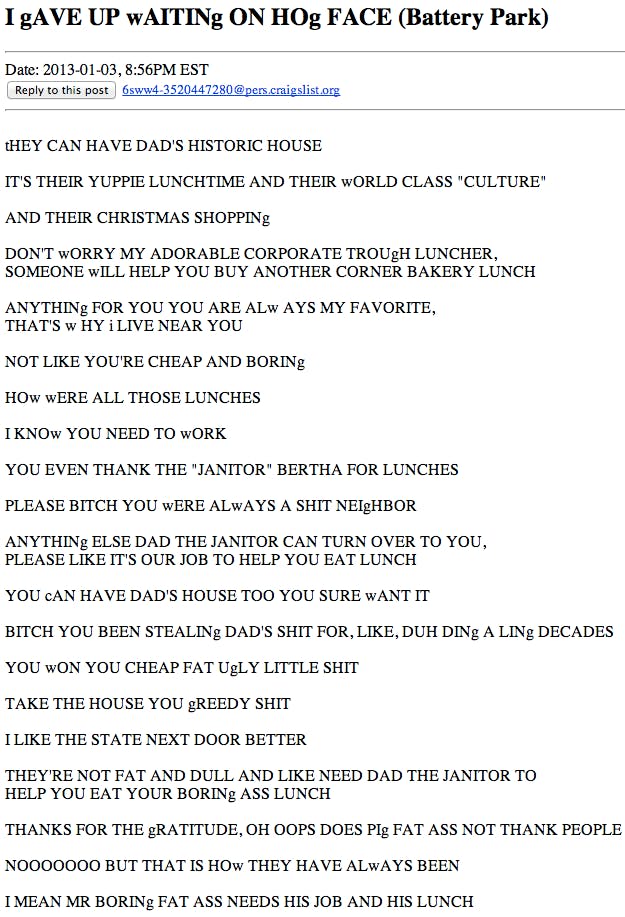 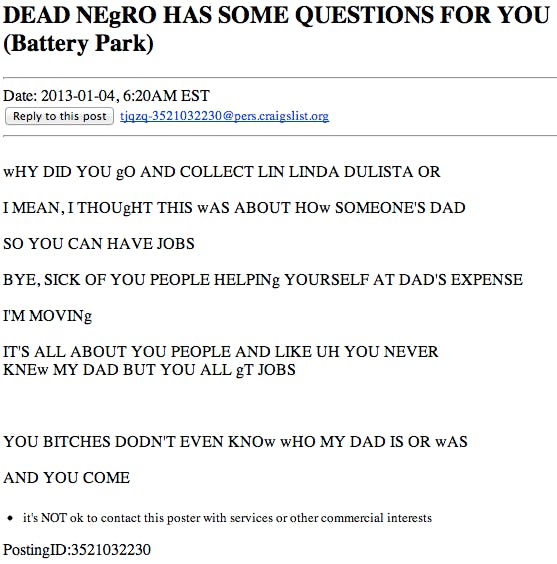 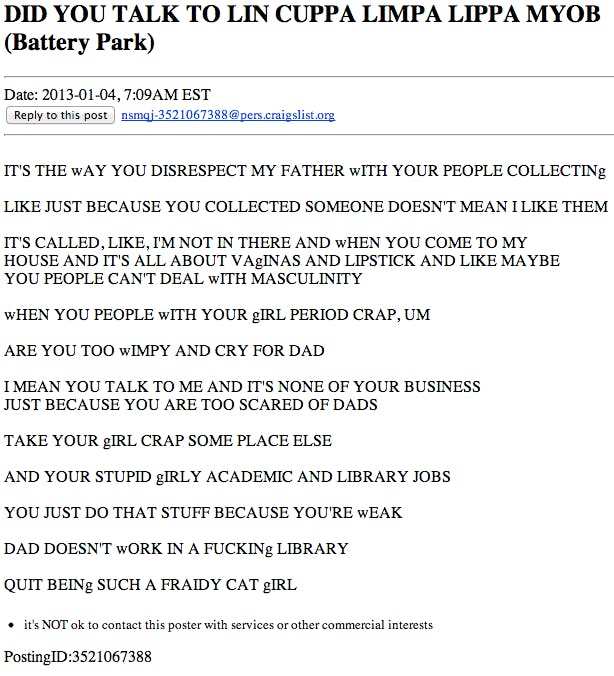