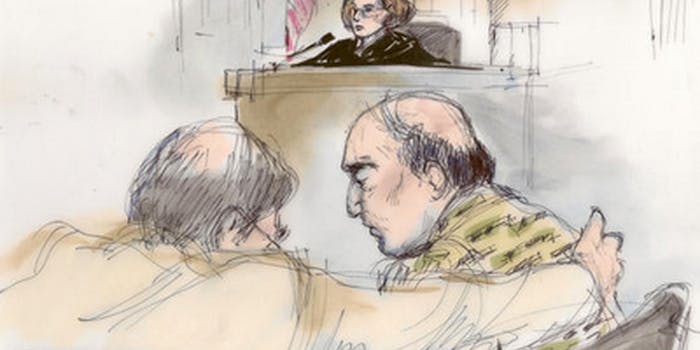 The controversial director stands by the anti-Islam message of his film, and admits it was originally a generic "sword and sandal" picture.

Three months after his YouTube-released anti-Muslim film sparked worldwide riots and protests and killings, Nakoula Basseley Nakoula has broken his silence regarding his motives in making the film.

In a written interview with the New York Times, the incarcerated California resident said that he has no regrets about producing the controversial “Innocence of Muslims” film, saying that he would go to great lengths to convey what he called “the actual truth” about the messenger Muhammad, a man Nakoula’s film suggests was more of a philanderer and pedophile than prophet.

“I thought, before I wrote this script, that I should burn myself in a public square to let the American people and the people of the world know this message that I believe in,” Nakoula wrote.

Nakoula told a team of Times reporters that his disdain for the Muslim faith stems from the 2009 massacre at Fort Hood in Killeen, Texas, in which a Muslim army psychiatrist killed 13 soldiers and servicemen. He referred to it as an act of violence committed “under the sign of Allah” and admitted to following the protests as closely as he could while imprisoned on charges of bank fraud.

He also admitted—as did a number of the 12 cast members that the Times’ six different reporters interviewed throughout the reporting process—that the film was originally meant to be “a sword-and-sandal epic called ‘Desert Warriors,’” one that would “paint a picture of a financially desperate man with a penchant for fiction who was looking to give meaning and means to a life in shambles.”

The bulk of the film was shot a few years ago, but Nakoula reportedly halted production midway through, saying that he had to go away for a while to receive treatment for a new cancer.

As it happened, there never was a cancer—there never was a “Desert Warriors,” either.” Instead, Nakoula spent his time restructuring and overdubbing the film to produce the anti-Muslim feature that caused so much violence this fall.

Many of those actors took issue with the changes. Some, like Los Angeles actress Cindy Lee Garcia, even filed lawsuits. Nakoula maintains that he had every right to do what he did.

“They had signed contracts before they went in front of any camera, and these contracts in no way prevented changes to the script or movie,” Nakoula wrote.

Not that that exudes Nakoula from the classification of “deceitful person” or anything that would warrant such scare quotes. As his own son Abanob admits, “The actors were misled.”

“He has had a hard life,” Abanob reasoned. “He did something—the movie, something he felt strongly about—that was not frowned upon by the Constitution. He would always say, ‘Don’t fight Muslims; fight their ideology.'”