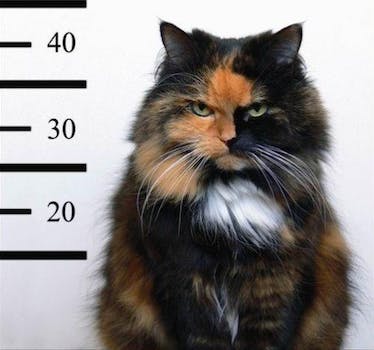 He’d heard that the kitchen cooked food harvested on local farms and that the longstanding state penitentiary “put great thought in to their seasonally changing menu.”

“The service,” he understood, “was not exactly friendly.” But it was “efficient.”

Turns out that Dylan D. could not have been more wrong.

Like any review-obsessed American citizen who’d just returned from time spent within an establishment that’s ripe for reviewing, Dylan D. could not wait to hop online and offer his thoughts on San Quentin.

He logged onto Yelp when he got up out the clink, looked up San Quentin State Prison’s company page, and started clicking away at the keyboard.

“Boy was I wrong,” he wrote. The food at San Quentin State Prison, a maximum security prison housing more than 3,000 inmates, he quickly learned, was terrible.

“I understand that this is buffet style so my service expectations were quite low,” Dylan D. wrote, “but COME ON. That doesn’t give you the right to be rude and not take in to consideration the different portion sizes that everyone gets. The gentlemen before me got a WAY bigger pile of beans and his brisket looked like it was less undercooked than mine. Did the server think I simply wouldn’t notice the difference?”

Dylan D. is part of a growing trend of Yelpers who—be they legitimate inmates or not—have turned to the social reviews site to offer up their takes on prison conditions in the recent years.

There are sites for all sorts of maximum state penitentiaries, from the Lew Sterrett Justice Center in Dallas to New York’s Rikers Island Correctional Facility. Some of the review are obviously fake—”No booze, but there’s always free food—3 squares a day,” writes Albert W. of Rikers Island—while others, like Michael S.’s 5-star take on Lew Sterrett, seem munch more plausible.

So which of the three aforementioned penitentiaries is most desirable? According to inmates on Yelp, it’s Rikers Island. (Take that, Kool G Rap!) The Queens correctional facility, home to 14,000, received an average of three stars from its six reviewers, narrowly edging out Northern California’s San Quentin, whose 35 reviewers have agreed to give it 2.5 stars.