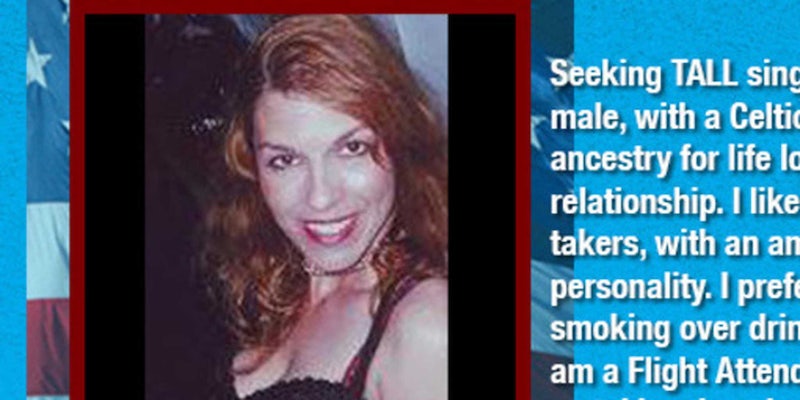 I signed up for Infowars’ dating site for conspiracy theorists

In the “Dating Freedom Lovers” group on Infowars, Alex Jones’ “news site,” nearly 6,000 men and women are looking to meet somebody special. Their profiles usually indicate interests (firearms and survivalism rank high), location (often in terms of the FEMA zone in which they reside), and how long they’ve been “awake” to the conspiratorial nature of the United States government, Zionism, Obamacare’s true aim, fluoride exposure effects, GMO dangers, or some breathless, hang-wrung cocktail thereof.

I’ll admit I’m an occasional conspiracy-theory enthusiast. By this I mean I enjoy a poorly-mic’d, ancient alien-themed documentary on my Roku’s ‘UFO’s’ channel, likely the result of a formative childhood interest in Fox Mulder. And I’ve seen lots of conspiracy theory docs, from “Loose Change” to “Zeitgeist” to animated slideshows on YouTube alleging a scenario in which Jack Parsons and L. Ron Hubbard buried the de-animated fetus of the Antichrist in a concrete bunker. (Hint: Only a nuclear blast can re-animate the Dark Lord and usher in the apocalypse.) I’ve also watched with interest the emerging Boston #falseflag theories, originating with Alex Jones and Infowars and then finding a reasonable following on YouTube.

Studies show that the tendency to prescribe to any conspiracy theory is positively correlated with belief in another conspiracy theory, even if the two contradict one another factually. So, it’s an attraction to disbelief rather than an attraction to a particular belief that seems to underlie this phenomenon. You can see this distinctly when sorting through the various Boston False Flag believers. They seem to simultaneously believe that the government framed the Tsarnaev brothers, slaughtering and maiming Americans for the benefit of a New World Order that seeks to enact drastic gun control measures and that the events were somehow entirely fabricated by “crisis actors” wearing prosthetic makeup to feign severed limbs. Conspiracy theorists can believe both that Osama bin Laden was dead before the Navy SEALS stormed the safe house and that he’s alive today living in Pakistan—both views simply reflect a distrust of the widely-accepted narrative.

It’s fascinating to watch the machinations at work, the mental gymnastics required to meet every fact reported by the media with some counter story. YouTube videos devoted to the Boston bombings are a labor of love; they zoom in impossibly close to reveal some “clue,” claim loose severed feet are photoshopped, and spend a lot of time claiming the amount of blood on the street is too much or too little to have come from the wounded. The need to find some greater order, some greater enemy than a mentally ill young man (Sandy Hook) or two religious zealots (Boston) to rail against possibly provides a sense of satisfaction. Maybe we don’t want to believe that one person is capable of inflicting so much harm; it’s easier to accept so much death when we can attribute it to a greater enemy.

So, if conspiracy theorists are drawn to this mode of thinking for whatever reason, their interest will likely expand to other, tangentially associated fringe beliefs. A walk through Infowars reveals advertisements for water filters to remove fluoride, along with news stories dedicated to the Boston bombing conspiracy and its relation to gun control as well as a story on the threat of a General Mills strain of genetically modified wheat that can “potentially silence 100s of genes in the human body.” Radical food activists make strange bedfellows with Second Amendment champions, but here on Infowars they are simply “awake” to the truth.

I’ve only been signed up for the site for a day, but I’ve already been contacted by a freedom-fighter right here in New York. He’s my age, his profile picture is a dashing sniper riflescope, and he goes by “Awake” (in case there was any confusion). And there’s something in me that relates to these people; there’s something fun about believing you’re the only one with the answers. It makes you feel special. But the bizarre anti-Zionist, Illuminati-obsessed rhetoric distracts us from the real issues as much as the round-the-clock, tabloid-esque coverage of the Boston bombings.