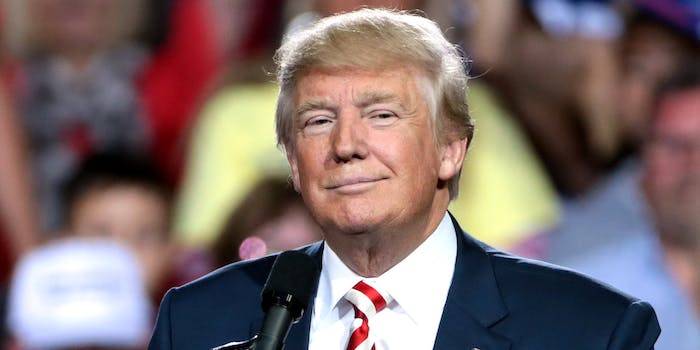 Who does he think it is?

As Mashable reports, the court documents both from Mueller and prosecutors discuss “Individual-1” in regards to the investigation into Russian interference. The documents describe the person as having run an “ultimately successful campaign for President of the United States.”

I think we can NOW safely say that Individual-1 is Donald Trump, all. pic.twitter.com/y2vcKrLePV

Individual 1 is having a tough day already.

Later Friday evening, Trump added fuel to the meme fire with an oblivious tweet: “Totally clears the President,” he wrote. “Thank you!”

DO YOU KNOW WHO THIS INDIVIDUAL 1 GUY IS? pic.twitter.com/A6jys8AV00

The memes basically make themselves.