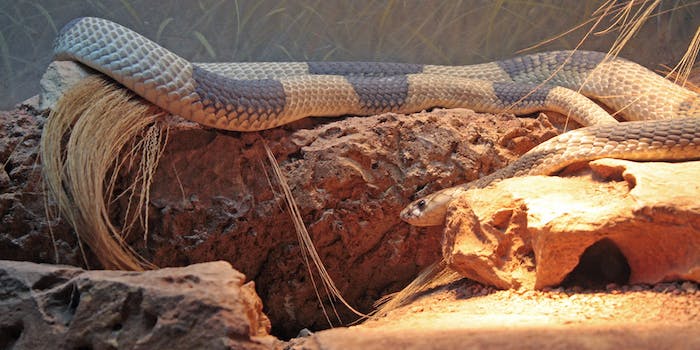 She's not even wearing any protective gear. That takes serious guts.

Next time you’re freaking out about removing a harmless spider from your bathroom, remember this video.

This YouTube clip shows a young girl catching a venomous snake with her bare hands, while a crowd of people (including someone who appears to be a police officer) look on from a distance.  You can tell the snake must be pretty dangerous because everyone is keeping their distance, and the girl makes sure the snake’s head is always far away from her body.

We’re seriously impressed by this girl’s skills. Although if you ever find yourself in the position of having to pick up a venomous snake, we recommend wearing something more than flip-flops, jeans, and a short-sleeved t-shirt.

Photo via Leigh Bedford/Flickr (CC BY 2.0)