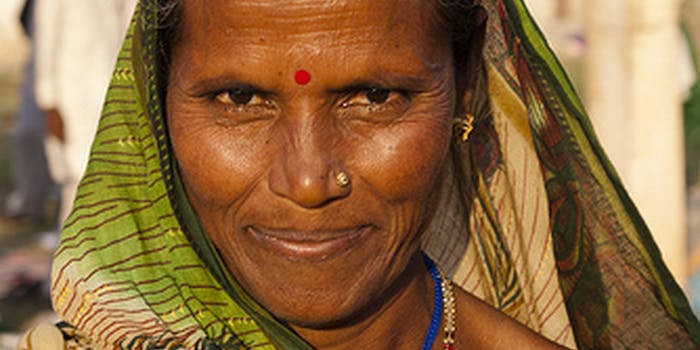 Village in northern India bans cell phone use by women

But surprisingly, this isn't the first village to enact such a ban.

The elders of Sunderbari village in a Muslim-dominated state in northern India have banned the use of mobile phones by women. They just can’t be trusted not to run off with cads.

“It always gives us a lot of embarrassment when someone asks who has eloped this time,” Manuwar Alam told Reuters. Alam heads up the village committee responsible for enforcing the ban.

“Even married women were deserting their husbands to elope with lovers,” explained Alam. “That was shameful for us. So, we decided to tackle it firmly. Mobile phones are debasing the social atmosphere”

In the event the reader is shocked at this turn of events, but calmed by the certain knowledge that it must be anomalous… It’s not anomalous.

Several years ago, a town in the Indian state of Uttar Pradesh did the same thing, in the same way, for the same reason.

The National, a global newspaper published in Abu Dhabi, notes that the village councils, or “khap panchayats,” which pass such proclamations were found to be illegal last year by the Indian Supreme Court, which ordered an investigation into their practices, such as bans on fast food (a village’s women’s fondness for it was said to have caused their rape) and Western clothing and the issuance of “proclamations that lead to honour killings.”

“These [councils] are tools of patriarchy,” Dr. Ranjana Kumari told the National. “They feel that women will connect with whoever they want and they fear they will get boyfriends, break the caste system and all that rubbish. These are unacceptable archaic ideas.”