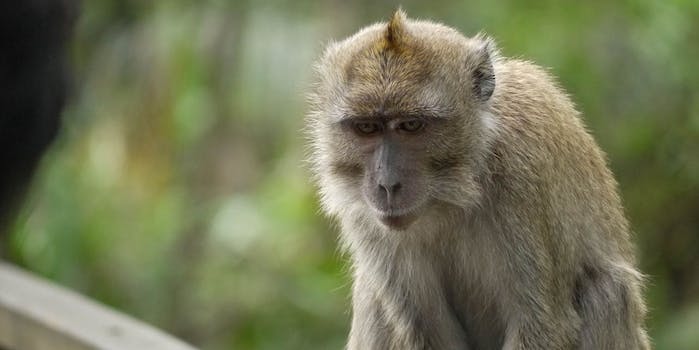 Animal thievery appears to be on the rise. Not long after a seagull was caught red-beaked with a bag of stolen chips, this Indian monkey one-upped him big time by robbing a jewelry store of cold, hard cash. 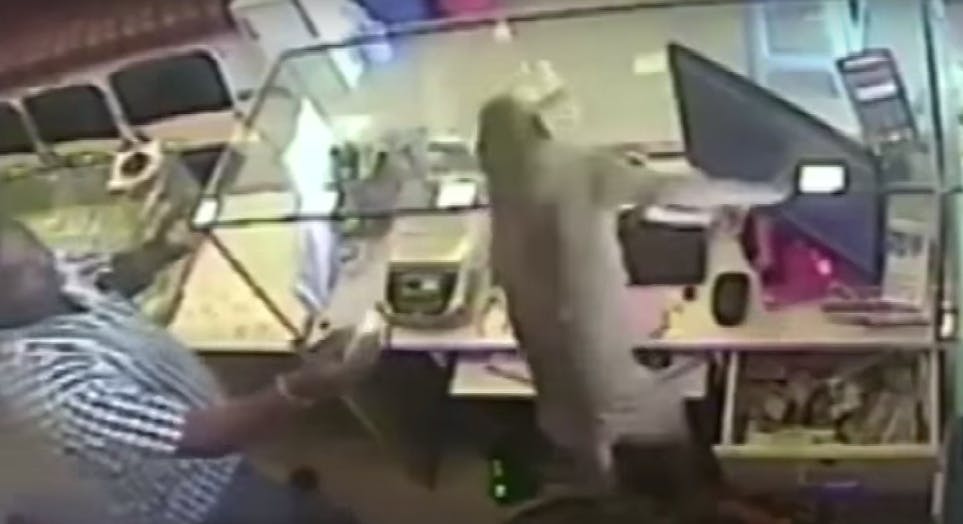 In the video, the shopkeeper can be seen kindly offering the monkey a piece of fruit before returning to work, but that wasn’t enough for the little guy, who headed into the store and swiped 10,000 rupees (roughly $150) from the cash register.

The shopkeeper, no doubt in a panic, tried to tempt the furry primate with a banana, but apparently the monkey had seen this episode of The Simpsons and was having none of it.

The video raises a lot of questions: Why did they monkey decline not only the fruit, but aslo the shiny jewelry, and go straight for the cash? Was it specially trained? Will it strike again? And, most importantly, what will it spend the money on?

The tiny thief has yet to be captured, and, unless he’s now addicted to the rush of crime and comes back for more, it’s doubtful he ever will be.

The man in this video is probably pretty upset right now, but take heart, friend—no one could have seen that coming, besides, at least he didn’t have a knife.