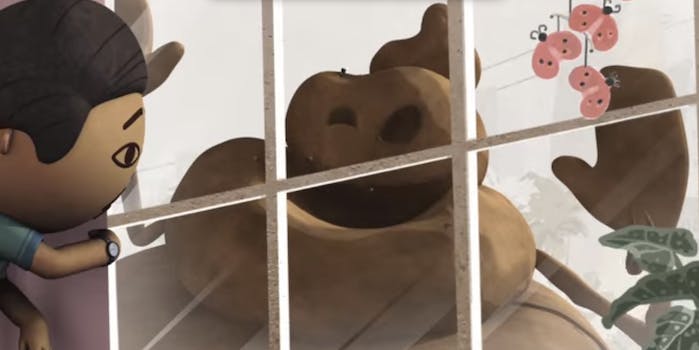 I’ve always wanted to visit India, but the knowledge that 53 percent of the country’s households defecate in the open has given me pause. That’s more than 600 million people popping a squat wherever’s most convenient every single day—65 million kilos of unflushed feces. The public pooping problem is such a health hazard, in fact, that UNICEF has finally offered a solution.

More latrines, and increased access to existing ones? Nope. Improved sewage system? Not in this lifetime. Animated music video with singing, dancing turds? Now you’re talking. Do yourself a favor and get educated on the importance of using dedicated toilet facilities with “Poo Party,” a hooky little song that will forever be near and dear to your colon. Then go wash your hands.

The Mr. Poo mascot and this Bollywood featurette are just one part of a larger hygiene campaign, of course—through the official website, citizens can also fight poo in a video game, read up on facts and stats, even sign a pledge to India’s president that says, in essence, “I’ve had enough of this shit.” Because really, poop’s funniest when you’re not knee-deep in it.