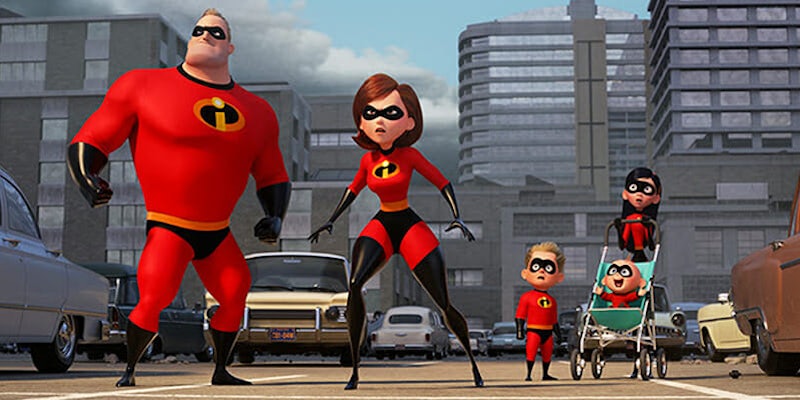 ‘Incredibles 2’ spoiler memes have started popping up on Twitter

The Incredibles 2 came soaring into theaters this weekend, busting up the domestic box-office to the tune of $180 million—the biggest opening ever for an animated film and the eighth-biggest overall opening for any film—as audiences came out to catch up with the Parr family after 14 years.

In the second installment, superhero enthusiast and tycoon Winston Deavor (Bob Odenkirk) recruits Helen Parr, aka Elastigirl, to rehab the public’s image of superheroes. Meanwhile, Bob Parr is left home to take care of the family, which includes learning to manage Jack-Jack’s burgeoning array of superpowers. In addition to transforming into a demon, which we saw in the first film, these powers include super strength, dimension bouncing, telekinesis, and bursting into flames or electricity, among others.

Eventually, the whole family naturally gets wrapped into Helen’s mission, saving the day once again. That’s just a quick plot description of the movie, but there are plenty of other details that take place, and those who haven’t seen the movie yet are trying to avoid spoilers. This can be difficult in the age of social media, so, as we’ve seen before, some people are posting spoilers without context to Twitter as sort of an inside joke to only those who have seen it.

Many of the spoilers involve the strobe light warning Pixar was forced to include at the beginning or the Jack-Jack raccoon fight scene which is being heralded by many as the highlight of the film.

Spoilers without context for The Incredibles 2 pic.twitter.com/j6j4E99hZb

The incredibles 2 spoilers without context pic.twitter.com/1Tq6ZAtPce

This one refers to the short preceding the film, Bao, which involves a lonely Chinese empty-nester who makes a dumpling that comes to life.

Some are these no-context spoilers are intentionally vague.

While other Twitter users are just fed up with this whole “spoilers without context” meme.

Can y’all stop with the ‘Incredibles 2 spoilers but without the context’ thingy pic.twitter.com/bikdVtYaDq

Y'all need to STOP with "the incredibles 2 spoiler without context" shit I'm gonna hunt you down and grill your ass pic.twitter.com/wv0cgawu68

To those who haven’t seen it yet, what are you waiting for? Get thee to the theater so you can post your own no-context spoilers.