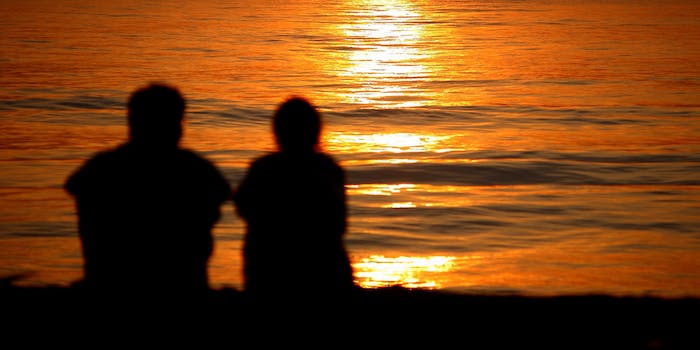 Why we need to talk about incest

The rise of Gyllencest has grossed people out, but the incest fantasy is firmly ingrained in our cultural history.

Earlier this week, the Internet outrage cycle churned anew over Gyllencest, a subgenre of real-person fiction that imagines siblings Jake and Maggie Gyllenhaal engaging in some very NSFW sister-on-brother lovin’. Uproxx referred to Gyllencest as “very gross,” while Bustle sneered that Gyllencest was reflective of the Internet’s “weird” and “disgusting” tendency to sexualize even the most innocuous familial relationship.

With the exception of my Daily Dot colleague Aja Romano, who wrote a defense of Gyllencest this week, the blogosphere took one look at Gyllencest and consigned it to the genre of “creepy things creepy Internet people are doing creepily.” But there were two things about Gyllencest that no one wanted to acknowledge: 1) That it did not arise in a bubble and the genre of incest fantasy is far more common than most people realize, and 2) Come on, guys, Maggie and Jake are both super good-looking, and Gyllencest is kinda hot.

I realize it’s uncomfortable to publicly acknowledge the allure of the incest fantasy, because everyone agrees that there’s nothing even vaguely OK about incest in practice. Sex with a parent or sibling is wildly taboo in pretty much every civilized society, to the point that some sociologists have argued that we have an innate aversion to having sex with those with whom we live in close proximity. Even when it’s ostensibly quote-unquote consensual—as was the case, for instance, with Columbia University professor David Epstein, who had a three-year sexual relationship with his daughter—the general consensus is that the power dynamics are too skewed in the parental figure’s favor for an incestuous relationship to be anything but coercive.

That said, there are two facts about incest that we don’t want to acknowledge. The first is that it is not uncommon. While there are very few reliable statistics on incest, one study has suggested that 25 out of 1000 people have engaged in sexual behavior with siblings, or approximately two percent of the population. Incest has infiltrated the celebrity world, when rapper Kevin Gates discovered the woman he was dating was his cousin. Yet he decided to continue dating her, arguing, “I ain’t about to stop fucking with her. Y’all done got the hard part out of the way. Why fuck up a good thing?”

Even more common is less insidious forms of sexualized behavior between blood relatives. I don’t care how prim and proper you are and how grossed out by the concept of Gyllenhall-on-Gyllenhaal action you might be, you can’t look me in the eye and say you’ve never either a) looked at a family member and found them attractive (my friends and I, for instance, call my hottest uncle my “huncle”), or b) played Doctor with a sibling or cousin, and not looked back on the experience and been creeped out in retrospect. When Lena Dunham wrote about putting a pebble in her sister’s vagina in her memoir, people cried “incest” and “child rape.” It took numerous studies and child development experts insisting to the media that such behavior was totally normal and not at all predatory to shut them up.

The second thing we find it difficult to acknowledge about incest is that we have a cultural history of finding the concept of forbidden familial love pretty damn hot. From Cersei and Jaime in Game of Thrones to Chris and Cathy’s relationship in the Lifetime remake of Flowers in the Attic, incestuous relationships are ingrained in our pop culture diet to the point of becoming a trope. But while we view incest IRL as repugnant, we tend to see these relationships through a gauzy romantic filter, as classic tales of star-crossed lovers who don’t know just how doomed they are. (Even the loathsome Lannister siblings seem to display genuine affection for each other.) After all, we like to think that true love can overcome all obstacles, and what obstacle is tougher to overcome than sharing a DNA sequence with your partner?

Like Jaime and Cersei, however, the Peters’ twins’ love was also doomed to fail: In 2013, it was reported (NSFW) that Bel Ami pulled their content from the site after credit card companies threatened not to process members’ payments, and the Peters twins haven’t shot a scene together since. It’s been reported that the brothers are no longer on speaking terms, and that one of the brothers, Milo, is actually dating a woman in his native Czech Republic.

Like most sexual taboos, the reality of an incestuous relationship is far less alluring than the fantasy; in fact, it is downright horrifying. But that doesn’t take away the sexual power of the fantasy itself. No matter how much we wag our fingers at Gyllencest writers drooling over their keyboards, and no matter how much we wince at the idea of the Peters twins sharing a honey-eyed glance in the midst of a passionate sex scene, the fact is that everyone has, at one point or another, consciously or unconsciously, entertained the idea of having sex with a relative, or has been aroused by the idea of relatives having sex with each other; otherwise, we wouldn’t be so interested in these relationships, while simultaneously making such a show of being repulsed by them.

That doesn’t mean that incest is morally defensible in practice, nor does it justify it IRL. But by censoring ourselves and saying that no one is allowed to talk about this because it’s wrong wrong wrong and no decent person could possibly feel otherwise, we’re not doing anyone any favors.