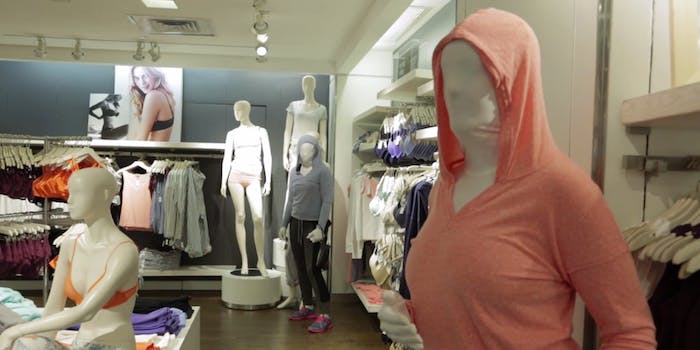 Not every prank can go off without a hitch.

Not everyone is a fan of the New York City-based “prank collective” Improv Everywhere. One such entity? The Gap’s 5th Avenue store.

For their latest prank, founder Charlie Todd recruited 40 people to dress up as mannequins with human Morphsuits at the Gap and pose next to actual mannequins. The random shoppers and tourists at the Gap loved it, and it had all the fun of a Doctor Who episode without any threat of death or alien invasion.

Everything seemed fine until staff at the Gap called the police on the group. Todd figured that they’d be asked to leave, but they didn’t think that security would dial 911 on them without any warning.

“I understand that this guy has to answer to his boss if something goes wrong, and ultimately I’m the guy that came into his store and staged an unauthorized performance,” Todd told Gothamist in an email. “I think there was a misunderstanding on the 911 call because the cops told me they were told there was a robbery in progress, which explains the mass handcuffing. In the end, everyone was free to go, and the cops were nice about it.”

The volunteers didn’t seem to be shaken up by it, so they’ll probably go on to prank New York another day.