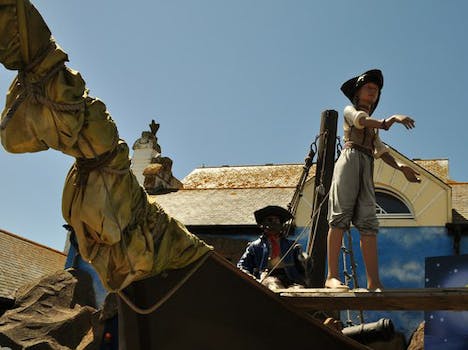 40-year-old Jeramiah Perkins, of Portsmouth, Virginia, got five years for running IMAGiNE, an operation that uploaded movies to the Internet. It's believed to be the longest prison sentence of its kind.

Running a fake charity to scam people for millions of dollars can land you in prison for five years. You can also garner that same sentence if you operate a vehicle while intoxicated for the ninth time, or have sex with your students, or traffic guns.

Or if you’re 40-year-old Jeramiah Perkins, of Portsmouth, Virginia, you get five years for running an operation that uploaded movies to the Internet.

Handed down Thursday, it’s believed to be the longest-ever American prison sentence of its kind. Perkins was the self-admitted ringleader of IMAGiNE, a pirate group that prided itself on being the first to upload new movie releases.

Like everyone in IMAGiNE, Perkins had pleaded guilty. His crime was a single count of conspiracy to commit criminal copyright infringement. In November, two of Perkins’s collaborators were already sentenced to between two and three years in prison each; the fourth, Gregory A. Cherwonik, got 40 months a few weeks later.

According to court documents, Perkins went to great length for his product, including sending others to newly-released theater movies, syncing video with audio on his computer, renting servers in France, and setting up a Paypal account to get compensated for his trouble. The court heard testimony from the Motion Picture Association of America that IMAGiNE was the most prolific movie pirate group in the world from Sept. 2009 to Sept. 2011.

Though most Internet freedom activists take pains to draw a distinction between “theft” and “piracy”—the former requires actually removing an object from its owner’s possession; the latter doesn’t—the District Attorney in Perkins’s case, Neil MacBride, was happy to conflate the two.

“Piracy is outright theft, regardless of the technology or business model used,” MacBride said of the case in April 2012. “Large-scale copyright infringement is a serious crime that hurts not only those in the entertainment industry but also those who legally pay for that entertainment.”