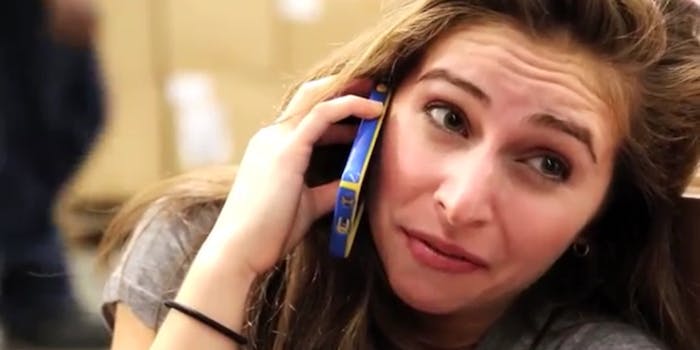 ‘IKEA,’ the terrifying thriller Alfonso Cuarón should have made

Life in IKEA is impossible.

If you’ve ever spent the afternoon in an IKEA, you know a day of minimalist furniture shopping can quickly turn into a terrifying, exit-less hellride. There’s probably a Swedish word for it.

Director and writer Daniel Hubbard took this idea and ran with it, crafting a two-minute trailer for “Alfonso Cuarón’s IKEA,” done in the style of Gravity. A young couple (Hubbard and Alex Viola) stroll through IKEA’s carnival of quirky lanterns and disposable nightstands, but then Alex disappears. The next minute-and-a-half will give you a panic attack, much like the first half of Gravity.

Yes, being trapped in space and trapped in IKEA are almost the same thing. The opening title sequence points out the cold truth: “Life in IKEA is impossible.”