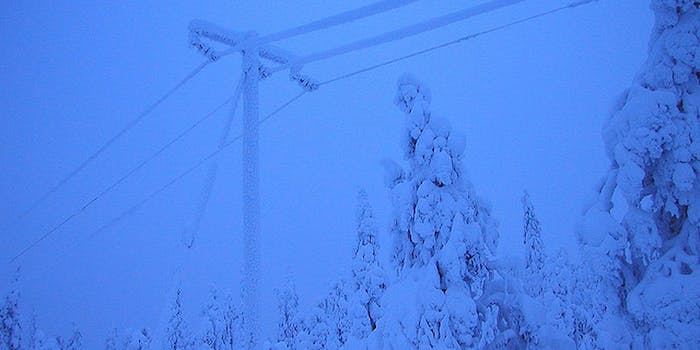 You can’t get much more disconnected than living in a remote Alaskan town in January. That is, unless some idiot shoots out your only connection to cable and Internet service.

Apparently a New Year’s reveler in Tanana, Alaska, put the entire town in media blackout at midnight on Jan. 1 when he (or she) severed its fiber-optic cable lines with a .410-gauge shotgun blast.

The town of 250 people is still without an Internet connection and 20 residents have no cable.

Eller estimated the cost of fixing the fiber-optic cable lines to be around $10,000 and noted that the revelers could have gone 70 feet in either direction to celebrate to avoid the lines.

Alaska State Troopers have traveled to the town, located about 150 miles west of Fairbanks, to investigate.

Nobody has confessed to the crime, and it’s unclear whether the person who shot the line did it on purpose or if it was an accident.