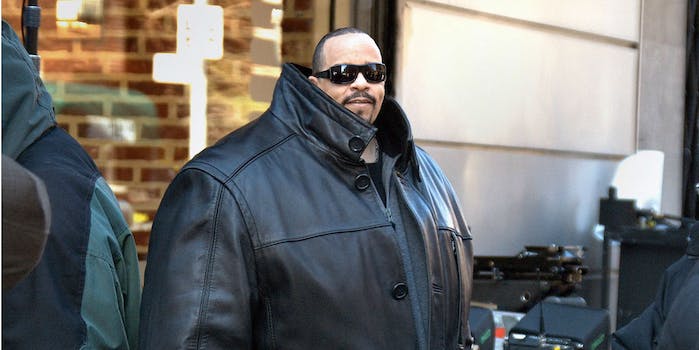 Ice-T, the rapper who is perhaps best known for his role as Odafin Tutuola in Law and Order: Special Victims Unit, has finally responded to a meme that has been circulating of him with a tiny head. That’s pretty much it, but honestly, Ice-T memes are internet gold.

how do u do it @FINALLEVEL my head is too big… need to get it smaller pic.twitter.com/z96dXzf5LO

Ice-T’s response was simple and to the point late Tuesday—but it immediately got people’s attention.

“The internet is CRAZY! Lol,” the 60-year-old rapper wrote on Twitter.

The internet is CRAZY! Lol https://t.co/5sdv2iVEwG

Responses to his retweet were primarily positive, and some veered into compliments of Ice T and his ability to rock even the tiny head look: “Always in style!” someone wrote. Many of his fans seemed surprised by the meme, seeing the young and juvenile gag for the first time via Mr. Ice:

OMG!!! Reminds me of Michael Keaton in Beetle juice!!!! LOL!!

Some reactions were just pictures and GIFs of other tiny heads.

This isn’t his first foray into the weird internet: He recently asked about anonymous content jokester Dril, though he’s yet to acknowledge the distracted boyfriend meme.