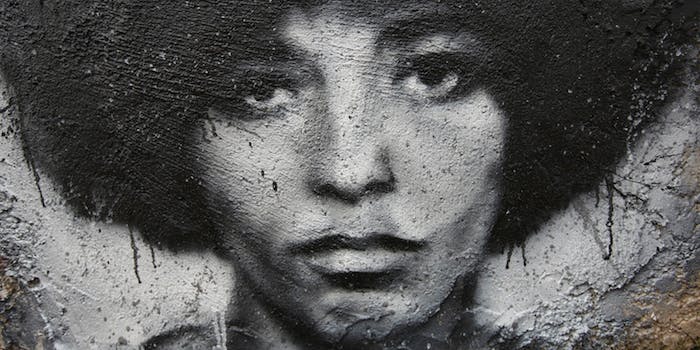 I was cyberbullied for being a black feminist

I thought it was joke. Who would attack me, a lowly Instagram poster with less than 50 followers?

I enjoy taking the occasional selfie and posting it to Instagram. When I had an account, I was addicted to it and I genuinely enjoyed how I could take pictures of my food, my adorable cat and the places I visited.

I am also a proud black feminist, so I often posted photos in the feminist tag. One day, I was street harassed while walking to a friend’s house (something that happens to me on an almost daily basis). This time, I decided to combine my loves of feminism with my love of selfies by taking a picture of my disgusted face right then and there. I thought if guys who harass women on the street saw how uncomfortable it makes us, then maybe they would think twice before doing it again. I made my classic “dafuq face” and posted it on my account and hashtagged it with #feminism and #canyounot.

This is the face I make when men honk at me with their car horns and make nasty comments about my “sexy” short shorts.

A few friends liked the picture and I honestly thought that was the end of it. I learned later that when you’re a feminist who frequently posts on the Internet, the harassment doesn’t just stop in the real world.

An hour after I posted the picture, I received a weird message from a stranger’s account. The message basically said, “I’m sorry to have to tell you this but someone stole that one picture of you and posted it in this Facebook group called “Relationship Talk 2.0.” I thought it was joke. Who would cyberbully me, a lowly Instagram poster with less than 50 followers? I went on Facebook and looked up the group. I scrolled down and there was my street harassment picture with a caption that read, “Why is this terrible looking bitch complaining?”

I didn’t even know this “Mike Jones” guy, but he thought it would be funny to steal my picture and make light of a serious issue.

My heart sank as the 300-plus comments underneath my picture grew by the minute. This picture of me was generating the most traffic for this page for some reason. Each comment ridiculed something different about me that was “ugly.” My gapped teeth that I’ve had since birth, my black gums and my thick natural hair were all under attack. Most of the commenters thought that I should consider myself “lucky” to be street harassed and that I should take it as a compliment because of how unattractive I am.

But the thing about me that was under the most attack was the fact that I am a vocal black feminist. “Feminists can’t be black women!” said one. “Feminists ruin everything!” another comment read.

While scrolling down to the comments about my dark skin, I realized that this group was not only filled with misogyny, but it was also full of self-hating black people diverting their issues onto me. I was humiliated and embarrassed but mostly hurt by the fact that I was being attacked online by a mostly African-American group for being a black feminist and for addressing a serious issue.

I have been an unapologetic feminist since I was 13. My mom, who is a librarian, educated me about Angela Davis, Gloria Steinem, and bell hooks. She passed down the discarded paperback copies of books written by these women from the library where she worked, and it shaped who I am as a person. My mom also taught me that I should always stand up for what I believe in.

Since then, I have been vocal about believing in the fair and equal treatment of women. I have never been ashamed of that until the moment when I saw the countless mean comments about it. In that moment, I regretted taking the picture. I regretted posting it on Instagram. I regretted posting in the feminist tag. I even regretted reading and re-reading as a young girl, every page of Women, Race and Class by Angela Davis.

I didn’t do any of that, though. Instead, I sat at the computer and cried. It felt like every ounce of self-confidence and self-love that I had was slipping away from me.

After throwing myself a pity party for the entire day, I got angry and I wanted to do something about it. I tried to get the picture removed by sending long reports filled with rants to the team at Facebook. I reported the original picture and other pictures of me that started popping up in the group, about 20 times. Each time Facebook sent back a report saying that there was nothing they could do and that 300-plus comments of harassment and death threats, “didn’t violate their safety policy.”

I felt powerless, so I asked my friends to report the picture and share it so other people could report it. I was shocked and happy that my friends not only took my harassment seriously, but didn’t hesitate to defend me.

The entire day they sent me messages of encouragement and we continued to report the picture every time Facebook admins rejected a report. I even privately messaged the guy who posted my picture in the group and told him that I had proof of him stealing my picture and proof of his numerous death threats towards me. I told him that if he didn’t stop, I would be forced to take legal action.

Finally, after two days, Facebook took our reports of cyberbullying and death threats seriously and the picture was taken down and deleted.

Jenny Ann Hunt is a full time college student at BCCC currently residing in Baltimore, Maryland. When she isn’t being an obsessive cat lady, she is learning photography, working on her first poetry chapbook and working against street harassment. She is also a volunteer for Hollaback Baltimore an organization that addresses street harassment and the Baltimore Child Abuse Center, a non-profit organization that helps abused children find recovery.