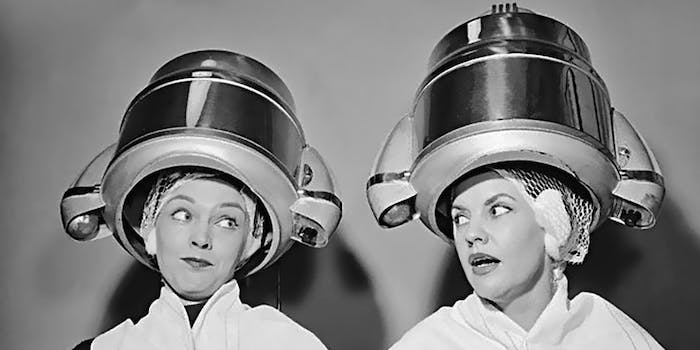 This is where things get weird.

This article contains sexually explicit content and may be NSFW.

I met Shawn while drunk at a bar. I won’t get into the details of how we got to talking and ditched the friends we came with to chat more about stuff I really don’t remember. Movies? Music? Existential dread? Why cupcakes aren’t called “cake muffins?” Doesn’t matter. After my friends left, Shawn offered to let me crash at his place (my ride home left).

We walked to his apartment. Upon arriving, we both acted as if we were not about to have sex. He asked if I wanted to sleep on the couch, and I pretended that’s what I was thinking all along, too. I settled on the couch and I wondered if he was going to make the move. Finally, he came back into the kitchen and poured himself a drink. He offered me one—and I, of course, said yes even though I was drunk enough as it is. He was drunk, too. We both were not in the mood to drink more, but we were definitely in the mood to touch each other’s genitals. Of course, it is almost impossible to touch another person’s genitals unless alcohol is involved. Well, that or love. However, love is much more difficult to come by.

After standing around the kitchen and talking about more meaningless stuff, I mustered up the courage to say: “So, are we going to f**k or what?” That’s the problem with me. I have absolutely no idea whether or not a man is interested in me. He has to give all the signs possible. However, I still somehow end up making the first move. In this case, it took an offer to crash at his place and an unnecessary late night drink to give me the courage to state what was probably the obvious. We’re going to f**k.

We went to his bedroom, and this guy continued to be shy regardless of me stating I wanted to have sex with him. I took my clothes off and he took his off. We were both on his bed, facing the ceiling. I was waiting for him to kiss me, but instead of a kiss, I felt a hand cup my right breast. He just cupped it and left his hand there. Not even a rub or a squeeze. Just a “Mind if I place this here?” I figured this was going to be all up to me. I hopped on top of him and proceeded to kiss him. I placed both his hands on my breasts, and he finally kicked himself into high gear.

Maybe I should pause here and describe Shawn. Shawn is tall, around 6’2.” He is thin and has dark brown hair. I was immediately attracted to him. He was wearing a tight-fitting flannel and black skinny jeans. The fact that he was tall and thin was a bonus. I have a thing for men who are the opposite of me. I am short and round. If you want to imagine what the sex between me and the majority of men I’ve slept with looks like, imagine a celery stick having sex with a potato.

Shawn’s face was cute, too. He has those sunken dark eyes that make him look a little bit like a meth addict. I mean this in the nicest way possible. He looks a lot like Mark Duplass—but if Mark Duplass had a meth problem. I was all about it.

So, we were kissing and groping on his bed when Shawn took charge and did something that had never happened to me before. He grabbed me by my pubic hair and pulled me closer to him. By my pubic hair. It hurt like crazy, but I was so shocked it happened that the pain was a secondary thought.

I mean, I like a bit of pain in my sex. A dash of it. You know, like spanking, and some hair pulling. However, the hair pulling I am more accustomed to is the hair on my head. I don’t know if this was a thing he always does. I very well could have been one of the only girls with pubic hair he has seen in a while. I do live in Los Angeles after all. Maybe he got excited? He just loved it a little too hard. Kind of like Lenny and those bunny rabbits from Of Mice and Men.

Then again, perhaps he was strongly hinting I should get rid of my pubic hair instantly. He was even offering to help. I should have said something right then, but I didn’t want to ruin the moment. A bad move on my part, but to this day I’m still not sure if I liked it.

Neither one of us had a condom. We now had two options, intercourse without one or oral ’til the cows come home. We went with the latter.

After growing tired of one another’s private parts, we decided to call it a night and fell asleep. I guess we kissed some more, but that was about it. Shawn really wanted to have intercourse, but I just couldn’t bring myself to do it without a condom. I may occasionally have sex with strangers, but at least I’m responsible about it.

The next morning, I woke up and felt like shit. I was going to do the “sneak out while he’s pretending to be asleep” thing, but his roommates were in the living room and I didn’t want to have to talk to them. I woke Shawn up (who was already awake) and asked him to walk me to the front door. He did and then we hugged while saying goodbye. No wait, I actually said, “It was nice meeting you.” Not sure if I was trying to be funny or if I actually meant it, but regardless, he laughed.

We did not exchange numbers, which usually bothers me, but I remembered that at the bar he showed me his Facebook on my phone and told me to add him.

This is where things get weird.

During our initial meeting at the bar, Shawn told me to add him on Facebook. He took my phone, showed me his account, and some pictures of himself. I sent the request and that was that. The next day, after my bus-ride-of-shame home, I looked at his profile from my phone. He still had not accepted my request. I figured he doesn’t check his Facebook that often.

I waited a few more days and still nothing. This bothered me. I saw that he even posted a Facebook status within those two days. He must have seen my request and must be purposely ignoring it.

With one-night-stands, I don’t expect much to come of them. I didn’t really think Shawn would want to hang out again, so why was I so offended by him not wanting to be Facebook friends? I started thinking of my previous one night stands—the ones where I’d gotten some sort of phone number, or other means of communication. It wasn’t because I thought we were going to keep seeing one another. Really, it was so I wouldn’t feel like garbage.

When I do sometimes choose to sleep around with Joe Shmoe and Larry Idontevenknowyourlastname (is it Shmoe?), I know I am immediately considered garbage to a large portion of society—to boring people, like religious folk or people who genuinely enjoy reading Jane Austen. I myself have never felt like garbage (at least not for this reason), but having the safety net of their contact information made me feel more in charge. As if I chose to not seek them out further.

I guess just going through the common courtesy of pretending we’ll see one another again makes it all feel more okay—or at least more human. I don’t know. I just know it makes me feel better.

So, you can see why Shawn refusing to add me was a problem? I mean, it’s also just plain rude. Why tell a girl to request you just so you can ignore it? I was pissed but didn’t think of it that much until a few nights later, when a friend asked me to tell her about my night with him. As we sat and talked about it (and got more drunk) she encouraged me to send him a Facebook message. This was a bad idea, but in my drunken stupor, I concluded it was a good idea. Just a simple “hey.” I sent the “hey” and throughout the night proceeded to down more whiskey.

A few hours go by. Still nothing. I look at his profile once more, and he has been active since my message. There’s no way he could not have seen it. It’s a glaring red flag. The whole point of a notification is that it gets you notified. You can’t miss it. You really can’t.

Fast forward approximately three months. I am minding my own business on the Internet when all of a sudden a chat box pops up on my Facebook. It’s him.

I had completely forgotten about him and our interaction, which was not really an interaction as much as it was me battling my own demons via social media. He forced his way back into my life by saying “whoa.” He then apologized and said something about not seeing my request or messages. He definitely saw my request, but I wasn’t going to harp on it. I felt too crazy. Him saying “whoa” really brought back the embarrassment, and I just wanted to stop talking to him as soon as possible. I proposed having having sex with him one last time, for good measure. He rightfully declined—and then requested my Facebook friendship.

To this day Shawn and I are still Facebook friends. We have not said anything more to one another and never will. We never engage with one another on the goddamn site, and frankly our lives mean nothing to each other.

I still feel like I won, though. Does that count for anything?

Alison Stevenson is a standup comedian and writer currently based in Los Angeles. Her comedy has been featured on the Huffington Post, Splitsider,and Hellogiggles. She currently writes about dating, fast food, movies, and more for publications such as VICE, Munchies, and Filmdrunk. You can follow her on Twitter @JustAboutGlad. This article was originally featured on xoJane and reposted with permission.