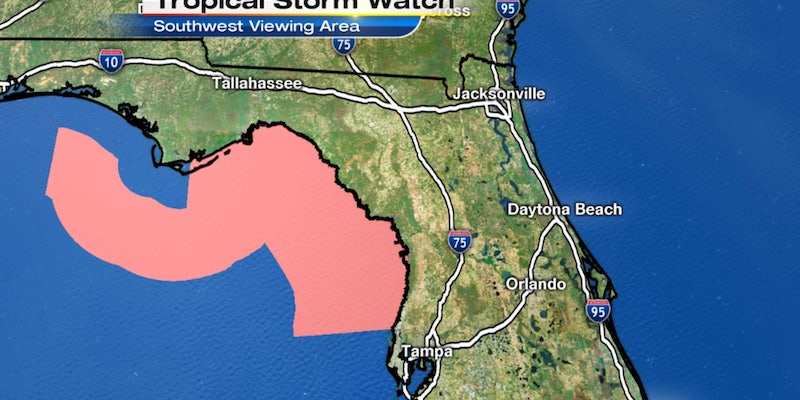 Is that a tropical storm or are you just happy to see me?

Florida’s Gulf Coast was hit by Hurricane Hermine early Friday morning, with sustained winds of 80 mph that knocked out power for an estimated 200,000 people. While forecasters warned that Hermine, the first hurricane to strike Florida since 2005, could bring anywhere from six to nine feet of rain, most people—on Facebook at least—couldn’t get past the fact that the storm looked suspiciously like a penis drawn in Microsoft Paint.

“I’m no weather man but you can expect a few inches tonight,” writes Peter Rivera in the top comment on local news station WJXT4’s Facebook post.

What transpires from there is perhaps the most epic thread of dick jokes ever created. There are more than 75,000 comments. It’s staggering and beautiful to behold. There are no political rants. No forced memes. Just one forced pun after another. 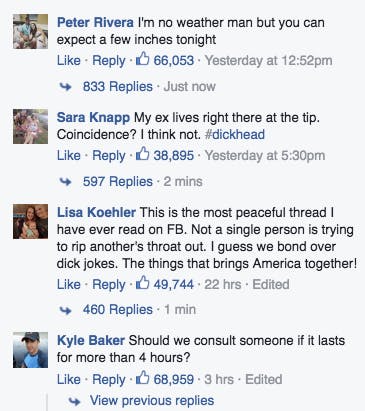 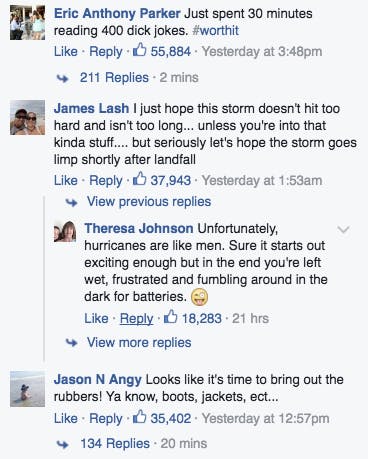 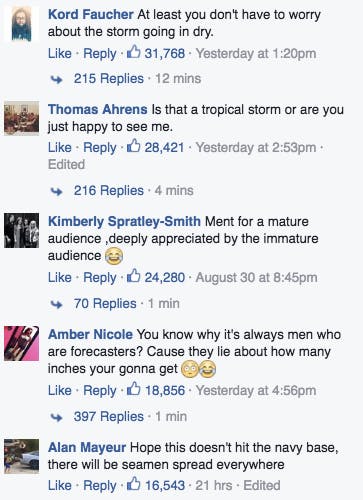 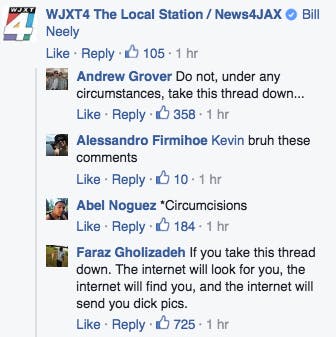