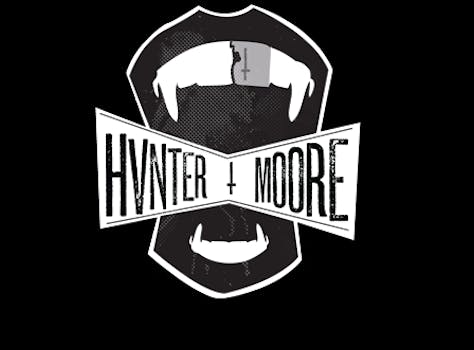 In a new document released today, Anonymous members explain how they hacked the revenge-porn baron's new website and stole his personal information.

Moore was behind the now-defunct Is Anyone Up, a site where viewers submitted nude photos of their ex-lovers, presumably without their consent. Moore also published the scorned exes’ social media profiles, providing links to their Facebook and Twitter accounts.

The 26-year-old, who Rolling Stone dubbed “the most hated man on the Internet,” sold Is Anyone Up but later announced that he was creating a new site with the same purpose. Dubbed HunterMoore.TV, the site promised to one-up Is Anyone Up by adding a location tagging feature where users could submit the photo subject’s address.

This latter fact galvanized Anonymous into launching a campaign against Moore. On Saturday, the hacking collective doxed Moore, publishing his personal information—including social security number, address, telephone numbers, and date of birth—in a Pastebin doc as part of #OpHuntHunter, an offshoot of the anti-bullying operation #OpAntiBully.

Anonymous initially launched #OpAntiBully as a response to the suicide of Amanda Todd, a 16-year-old Canadian teen who took her own life after being bullied for years online.

Seemingly unperturbed by the doxing, Moore responded on Twitter with “LOLLLLLLLLLLLLLL.”

But now #OpHuntHunter has upped the ante.  Anonymous took down HunterMoore.TV via a Distributed Denial of Service (DDos) attack. The group also hacked into Moore’s servers and defaced the site. Additionally, Anonymous published a second Pastebin doc with even more of Hunter Moore’s personal information, and an explanation of what they did and how they did it.

“December the 6th at approximately 2 am eastern time the team infiltrated the site and defaced it after a day of denial of service attacks on his servers, and his merchandise chain. We have backed up his entire archive to the web to preserve evidence. He has since restored an alternate version of his website with different text at the bottom. We will pursue access to his site and bring it down effectively. This is an update, a leak of proof and data that would otherwise be hidden from public view, of a team of anons who have worked day and night on this case, and who continue their vigilance even as this is written here today.”

The document includes a link to Moore’s FTP site—which he uses to upload files to HunterMoore.tv—as well as his log-in information. Anonymous also used Moore’s credit card information to sign him up for a premium version of the music hosting site Soundcloud.