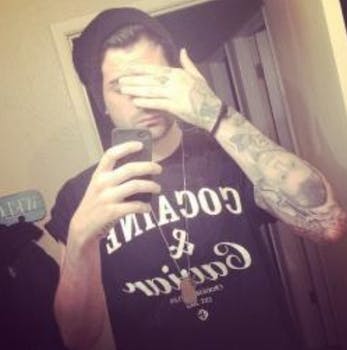 Bullyville founder James McGibney claimed that Moore defamed him by tweeting that he "was a paedophile who possessed child pornography" and threatening to rape McGibney’s wife.

Notorious netizen Hunter Moore, best known for creating the now-defunct pornographic website Is Anyone Up?, which posted private nude photos submitted by jilted exes, has been ordered to pay $250,000 as part of a defamation lawsuit brought against him.

The lawsuit was brought by James McGibney, who founded the anti-bullying site Bullyville and the cheater revenge site Cheaterville. McGibney claims that Moore defamed him by tweeting that he “was a paedophile who possessed child pornography” and threatening to rape McGibney’s wife, Ars Technica reported.

McGibney won the judgement in the district court of Clark County, Nev., after Moore declined to defend himself in the case—despite acknowledging it on Twitter—according to court documents. Moore must pay $250,000 in damages, plus $1,588.50 for the cost of the lawsuit, and $11,581 in attorney fees.

A class action suit against Moore on behalf of Is Anyone Up?’s victims is still pending.

Moore shut down the site in April 2012, claiming he wanted to “channel [his] talents in a positive way.” He sold the site to McGibney, who reportedly planned on turning it into an anti-bullying site called Bullyville. About 72 hours after the transaction was complete, Moore began bullying people on Twitter, and ultimately turned his vitriol against McGibney. Moore also encouraged his 150,000 followers to do the same in return for free clothes.

Moore returned to the spotlight in August when he announced he was launching a new site that would combine the pornographic feel of Is Anyone Up? with the social elements of Facebook. The new site is called Huntermoore.tv. (As of 5pm ET Monday, the site was down.)

“My name is Hunter Moore, and I created isanyoneup.com when I was 24 years old,” read the site’s mission statement when it launched at the end of November. “I was broke and sitting on my parents couch in Sacramento, California with -$120 in my bank account. It was for me and my friends to post pictures of girls we were fucking at the time & some how someone found it and it became what it was.”

News of Moore’s latest venture inspired the Anonymous hacker community to dump his home address, telephone number, and other personal information in a Pastebin doc in December in retaliation.

Moore has not let his legal woes keep him down. Today on Twitter, Moore has been asking people to share “the most ratchet / sluttiest thing you’ve ever done. YOU not your friend or someone you know” under the hashtag #confessionsofaratchet.

“It just helped to pave the way for the class action lawsuit already in the works against him,” McGibney added. “He thinks these young girls have forgotten what he did to them; think again.  And when you threaten to rape my wife while my kids watch, you’ve earned my undivided attention.  Never forgive, never forget.”