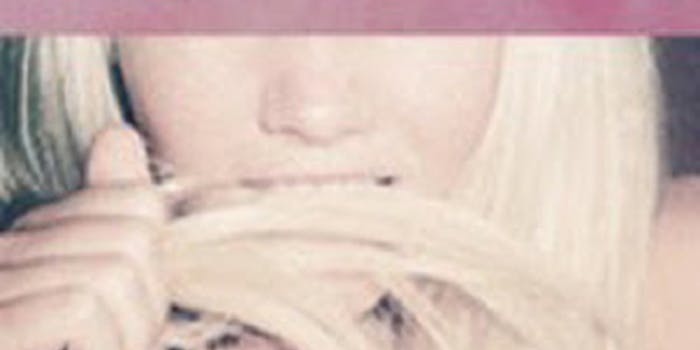 Hunter Moore's site featuring nude photos of ex-girlfriends and ex-boyfriends is making a comeback—this time, without anonymity for the submitters.

It’s been said that you can’t keep a good idea down, but in the age of the Internet, a sleazy one won’t stay down for long either. Grudge-bearing exes out to destroy their former partners’ lives will be happy to hear that Hunter Moore hopes to go back to his old tricks.

His business model entailed posting pornographic pictures of men and women without their consent. Most of Moore’s content was submitted anonymously by former sex partners of the people in question. What made IsAnyoneUp? particularly problematic for its unwilling models was that, while the pictures’ submitters remained anonymous, the people in the pictures did not. Moore made a point of listing their full names and locations, links to their Facebook pages and other social media sites.

Moore said the as-yet-unnamed site would be like a mashup of Is Anyone Up, Facebook, Foursquare and 4chan: a community of like-minded people. But there would be one vital difference between his new revenge site and the old one. Unlike IsAnyoneUp, those who submit content to his new site will not be allowed to remain anonymous. That could make the new Is Anyone Up?, as Moore puts it, “the scariest thing on the Internet.”

But how successful is the new site likely to be if it doesn’t offer anonymity to submitters? IsAnyoneUp proved that finding vengeful people willing to submit embarrassing photos of their exes is pretty easy – when the submitters can remain anonymous (and thus have little fear of facing civil or criminal lawsuits over their actions). What if the submitters must reveal their own names in addition to the names of those they wish to humiliate?

On the other hand, lack of anonymity hasn’t stopped legions of none-too-bright criminals from getting arrested after they videotaped their crimes and posted them online, so it might not damage Moore’s business model after all.

Moore did not respond to an interview request from the Daily Dot.