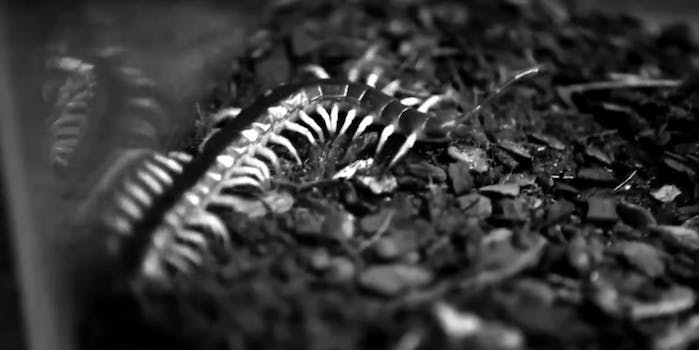 Talk about an education.

High schoolers are getting quite the education nowadays. Just ask the kids over at Jackson Central-Merry High School who got to watch Human Centipede 2 in class.

A parent called the Jackson Sun to report that some students viewed part of the sequel from the infamous body-horror series. If you need a refresher, Human Centipede 2 follows a demented mama’s boy who has become obsessed with recreating the human mouth-to-anus chain described in great detail in the original film. This one is unrated in the states, which means it’s pretty damn graphic.

The principal sent out an email after the educational fun that read:

“I understand that on Wednesday, April 20, 2016, your student may have inadvertently viewed inappropriate content in a JCM classroom… This occurrence is inconsistent with our Mission and Vision at Jackson Central Merry.”

Superintendent Verna Ruffin wouldn’t confirm why exactly the students were watching HC2 or if the teacher was in any trouble. But if we had to guess exactly what went down:

Probably during study hall the class troublemaker was like, “hay guise u gotta watch this CRAZY movie about ppl getting their mouths sewed to other ppls anuses. i heard about it on reddit.” Then all the interested, wide-eyed teens crowded around this kid’s iPad and partook in the cinematic masterpiece that is Human Centipede 2 while the teacher just chilled.

That’s more or less what happened once when I was in high school, but we were watching parts of Mr. Hands on someone’s Toshiba laptop. Anyway, hope these kids learned their lesson: Always have a lookout when you’re up to no good.