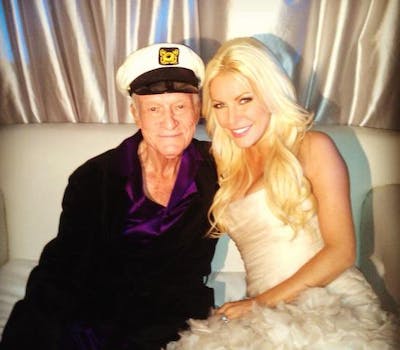 Hugh Hefner gets married again, and tweets about it

The Playboy founder married Playmate Crystal Harris in a ceremony at the Playboy mansion, and the happy couple documented the whole thing with tweets.

Playboy founder Hugh Hefner is off the market, again.

Harris, who officially changed her last name on Twitter to Hefner, started dating the media mogul in January 2009. The couple were first engaged on June 14, 2011, but it was called off by Harris after rumors circulated that she was secretly dating the son of TV personality Dr. Phil.

This is Hefner’s third marriage.

Harris and Hefner posted the following photos on Twitter from the ceremony at the Playboy mansion. 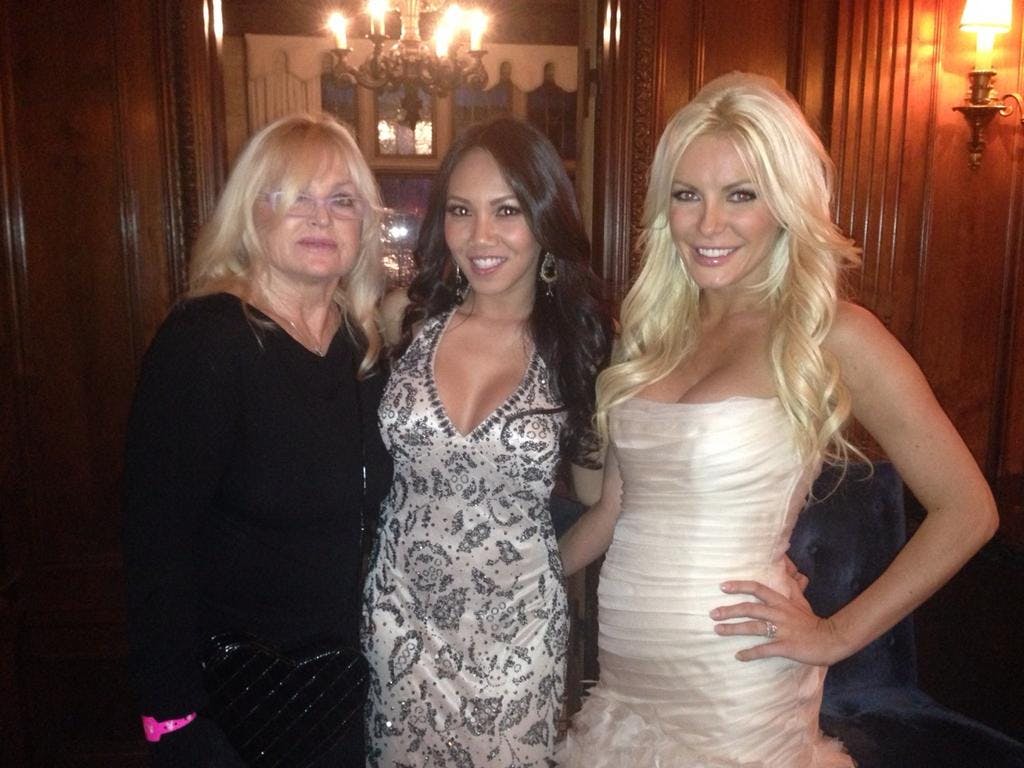 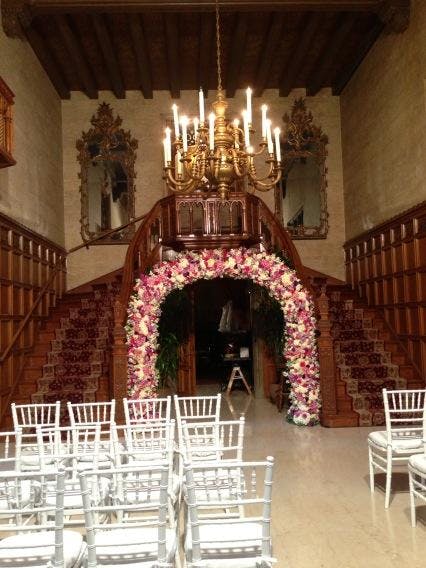 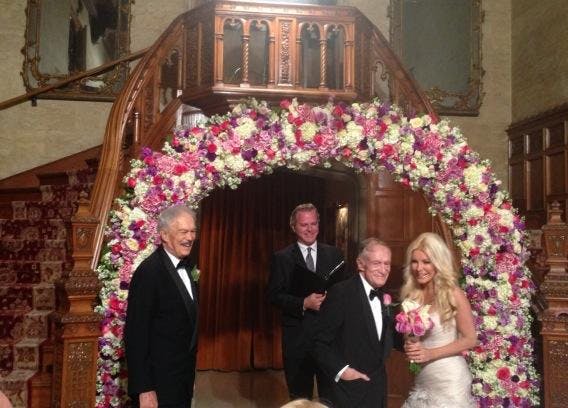 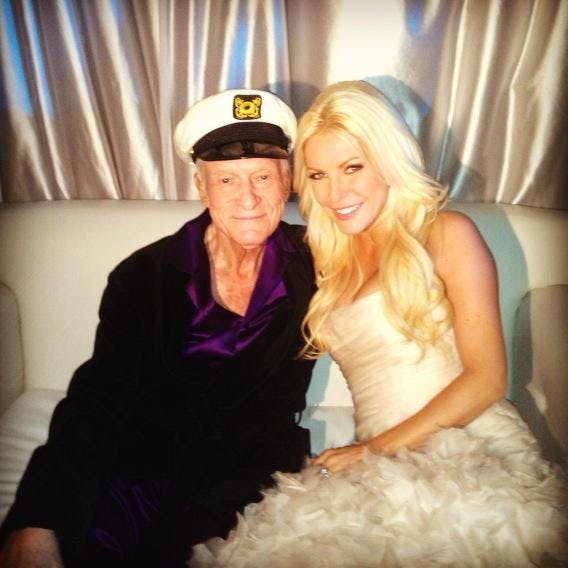 All photos via Hugh and Crystal Hefner/Twitter