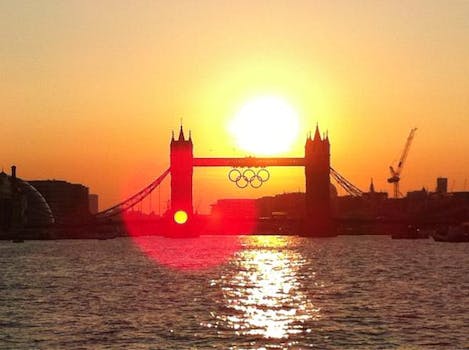 In the inaugural edition of the Daily Dot's weekly Twitter guide, learn how to spot a Twitter psychopath and why author Luke Bozier signed off for good.

With hundreds of millions of tweets per day, it’s impossible to follow everything happening on Twitter. Every Friday, the Daily Dot rounds up  notable Twitter news and stories from the past week—in 140 characters or less.

Photo of the week: An image of London’s Tower Bridge (and Olympic rings) lit up by a sunset retweeted by U.K. television personality Holly Willoughby. (@joleneellis)