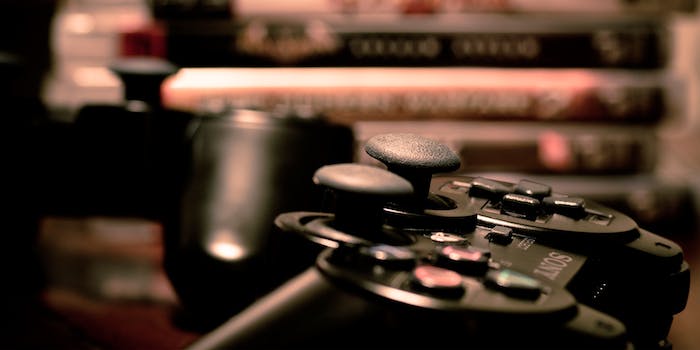 6 steps to creating a gaming culture everyone can enjoy

Solving gaming's issues all starts with hiring the right people.

Many media outlets seem convinced that “gamergate” is an issue with two fair, balanced, and rational sides. One posits that the gaming community is hostile towards women, in the wake of feminist gamer and activist Anita Sarkeesian’s widely-discussed “Tropes vs. Women” video series and the (now debunked) controversy involving game designer Zoe Quinn. The other claims that the entire ordeal isn’t about gender, which would have been hard enough to swallow even without the discovery that 4chan had been a driving engine behind many of the gender-based attacks thrown at both women, but is instead about the integrity of gaming journalism.

Gaming, it would seem, needs a reset.

The gaming industry is a toxic dumping ground for many, not just women, but anyone who does not fit into the cis (someone whose self-identity conforms with the sex they were assigned at birth), straight, white male demographic..

As talk that “The Gamer is Dead” is circulating, Forbes‘ Erik Kain argues that we need to rethink the backlash against “gamers,” “Language is powerful,” Kain writes. “Language is the source of power in any culture, and writers of all people should know this. Using the term ‘gamer’ this way as a ‘catch-all term’ for ‘reactionary holdouts’ invariably casts too wide a net. It sounds disdainful. It perpetuates a stereotype. And it perpetuates the war.”

Here lies a slippery slope: #NotAllGamers are as bad as the media has been saying, and women demanding less hostile spaces are just trying to ruin everyone’s fun.

However, the real argument isn’t about whether gamers are being attacked but how to give gaming culture the tools to address its systemic problems. Game-playing consumers can demand better treatment by holding gaming developers accountable when they screw up. Those inside the industry can use their positions with in it to lean on those with the power to enact change.

How can they do that? It all starts by who you hire.

Every writer has that idea that makes them run around giddy and excited. It’s hard to ignore that little seed of creativity that can’t be planted and nurtured fast enough. In the excitement over watering that little idea, in the high-pressure environment of game development, details can get lost and suddenly that little joke that seemed like a good idea at the time has turned into something hurtful to one or more groups of gamers in its fruition.

Consultants are brought in for other aspects of game design to increase realism and create a more immersive experience, so why not a social justice expert?

A skilled consultant can hack and slash the way through that forest of idea saplings, cutting shoddy dialogue, and offensive narratives that seemed innocuous until they grew out of hand. Using a consultant is also a smart move: It shields developers from surprise encounters when fans become upset by content that is hurtful or destructive by ensuring that such content isn’t produced in the first place.

Even when male writers and artists remember to put women into their media, their portrayals often feel like a vision of how men think women behave, not reality. Women are, of course, equally capable of writing harmful tropes when it comes to writing narratives for women characters. (That’s called internalized misogyny.) But overall, the odds seem to play more in favor of meaningful stories when women write and draw them.

Remember that “woman” is not a monolith. We should, thus, hire queer women. Hire trans women. Hire women of color. Hire queer trans women of color with disabilities. The more experience brought to the writer’s room and the animation table, the more accurately portrayed those stories are going to be. And less harmful.

3) Hire Animators Who Can Create Women

Most of gaming animation looks as though the creator has never seen an actual woman (in any variation). The physics of how breasts move and bodies bend has been stumping animators for decades. It’s no wonder some companies prefer to simply drape them in the background or leave them out altogether. I’m looking at you, here, Ubisoft.

4) Hire Artists Who Know What Race Is

The lack of female characters in gaming has led to a slew of short-shorn, stubbled, lantern-jawed, presumably cisgender white leads. No matter how pretty the new game engine is, if an artist’s palate only ranges from “school paste” to “mayonnaise,” with a limited range of body types, that artist isn’t contributing much to video game design.

Even men come in variations of shapes, sizes, and colors. When characters of color appear, they tend to be light-skinned, such as Altaïr Ibn-La’Ahad, the character in the 2007 Ubisoft title Assassin’s Creed, a man who is supposed from The Holy Land during the Third Crusade. Because of his skintone, it’s easy for Assassin’s Creed fans to erase the race and/or ethnicity of Altaïr, assuming he and his descendant, Desmond Miles, are both white.

White men are so ubiquitous as game leads they’ve become the default. It’s time to send artists who can’t create diversity back for an education.

Women are not new to gaming and have been a consistent presence behind the console, despite an entire culture telling them they are unwelcome. According to the Entertainment Software Association, women 18 and older are now the largest demographic in gaming, with women gamers making up 48 percent of gamers overall, accounting for 50 percent of the industry’s purchasing power.

This means that women should start being more prominently featured in promotional materials and shown as playable characters in demos. It means that equal budgets should be given to games with women leads. It means we need to start creating more female-driven narratives, ones also written by women. It means giving women meaningful roles that are as important as their male counterparts, rather than using them as support to tell the same old stories.

Most importantly, it’s time we all put an end to Refrigerator Women.

Message boards, comment sections, and even gaming and comic cons are notorious culture of vile commnentary and often threatening behavior, all from those who would consider themselves part of nerd and gaming culture. Cries that their games must be defended against political agendas at all costs are loud. Convention planners and community moderators need to be louder.

A zero tolerance policy for harassment needs to be put into place, in order to protect the safety and well-being of all gamers and convention-goers. Some conventions, like the upcoming Geek Girl Con in Seattle, has one such policy and is possibly the reason why GGC is considered one of the safest (and most fun) conventions around, even in its small state.

Similar policies would send a clear message that everyone, irrespective of background or walk of life, is welcome. And that’s the entire point.