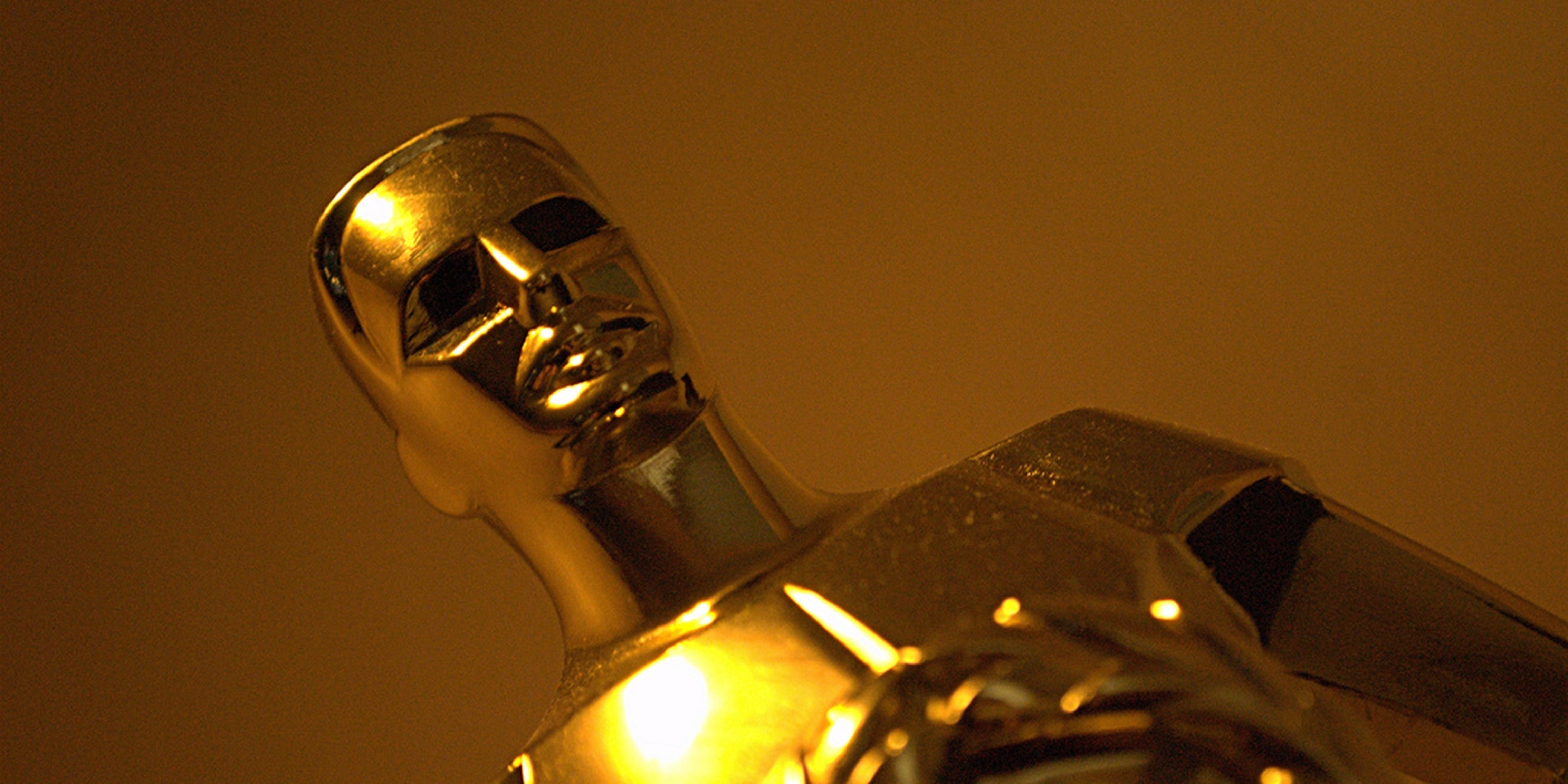 This year's show was like a four-hour ALS ice bucket challenge.

Whether you’re #TeamBirdman or #TeamBoyhood, if you were pulling for Michael Keaton or had Eddie Redmayne’s name checked off on your Oscar ballot, nearly everyone on the Internet can agree on one thing: This year’s Oscars were f**king boring, just like almost every year. The 2015 ceremony clocked in at a mind-numbing four hours long, as many of the categories stretched on for over 10 minutes. While Neil Patrick Harris has proven a charming and capable host of the Emmys and Tonys, the daunting task of emceeing the endless slog of bad puns and Octavia Spencer filler got the better of even him. After a knockout opener, Harris was visibly nervous, resorting to laughing at his own bad jokes.

Neil Patrick Harris has borne the brunt of the criticism online, where Time’s Daniel D’Addario called Harris “a star who had in every other setting appeared gleefully eager was, at the Oscars, glum and low energy.” The Los Angeles Times’ Mary MacNamara agreed, saying that he was “reduced at times to a small figure on a big stage making ‘good job’ remarks to performers and attempting to carry a long-running joke about a box.” Slate’s Willa Paskin summed up the ceremony as “one of the least funny Oscars in recent memory,” and after Tina Fey and Amy Poehler killed it at the Golden Globes, it was more than a comedown. It was a four-hour ALS ice bucket challenge.

This year’s Oscars were like a four-hour ALS ice bucket challenge.

However, the problem wasn’t Harris but the Oscars themselves, which have made mincemeat out of talented performers like Chris Rock and Jon Stewart. They’re not only self-indulgent and out-of-touch, with far too many bad jokes about pronouncing Chiwetel Ejiofor’s name and Sean Penn immigration jabs; they’re also increasingly bloated. While the 2002 Academy Awards still holds the record for the longest broadcast at an unbelievable 4 hours and 23 minutes, the Oscars’ runtime has been trending increasingly longer since the 1960s, when the people in charge managed to keep things down to a comparatively miraculous hour and a half. But before the broadcast era, the first Oscars in 1929 were even shorter, clocking in at just 15 minutes long. That’s about the length of the Ida acceptance speech.

The Sound of Music once asked how we could solve a problem like Maria, and now it’s time to do the same for the Oscars’ pacing issues. The solution is simpler than you think: While Best Supporting Actor and Actress take place right at the beginning of the telecast, to hook viewers in with some of the evening’s marquee awards, the mid-section drags, bogged down by the tech and short film awards. The men and women behind The Grand Budapest Hotel’s lavish costumes and Whiplash’s masterful use of sound deserve recognition, but they should have a separate show for that.

Lo and behold, they already do. This year, the Oscars showed clips from the Sci-Tech Awards, hosted by Wolf of Wall Street’s Margot Robbie and the upcoming Fantastic Four reboot’s Miles Teller. It’s a separate event designed to recognize many of the technical achievements the Academy too often overlooks (a.k.a. the people who make the movie magic happen), and awarding Sound Mixing and Sound Editing might make better sense in that context. Birdman cinematographer Emmanuel Lubezki, fresh off his win for Gravity, is a game-changing genius who deserves to be the star of his own show, not filler while everyone waits for Julianne Moore to finally get her Oscar. It does a major disservice to the very people the awards are supposed to honor.

For some, this might feel like the Academy is throwing the Short Film, Tech, and Costume Design winners under the bus, but they’re no better served at a ceremony where they have to sit in the back, saddled with that long walk to the stage. The move to a separate ceremony isn’t unprecedented, as the Grammys hand out their awards to the non-competitive category winners outside of the telecast; the Oscars can best the Grammys by showing a montage of the winners and their speeches, which (to be honest) wouldn’t be a horrible idea for the entire show.

The Sound of Music once asked how we could solve a problem like Maria, and now it’s time to do the same for the Oscars’ pacing issues.

If there’s one reason the Oscars keep them in the picture, it’s not an undying love of Colleen Atwood. The extra categories make the show longer, which means that ABC can generate more ad revenue; reports indicate the network was charging between $1.65 million and $1.8 million for a 30-second spot this year. There’s a drawback to the bottom line, however: 2015 Oscar viewership plummeted to a seven-year-low, the show’s worst numbers since Slumdog Millionaire won everything in sight. While networks promised live events were going to save TV in the age of social media (see also: NBC’s The Sound of Music), that only works if you have a program that isn’t actively putting people to sleep.

You can blame this year’s low ratings on the fact that the two frontrunners were movies that 90 percent of Americans hadn’t seen or the fact the Oscars’ head writer was the guy behind ABC’s Brothers and Sisters—not exactly known for its high laugh quotient. Surely, it didn’t help that the most popular nominee was the one backed by Fox News. But it doesn’t matter what movies are nominated or who hosts the show. Until the Oscars are treated to some of that much-lauded editing, the showrunners only have themselves to blame.