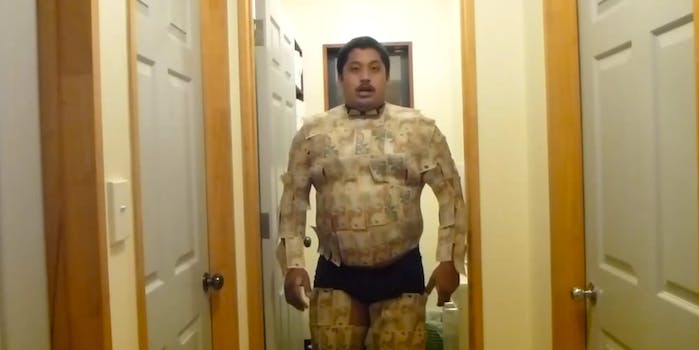 It's easier than ever to fake being wealthy.

It’s easier than ever to fake being rich.

According to David Correos, who has tackled his viewers’ problems on his YouTube channel before, you just have to stay true to yourself.

And dress the part, of course.

It’s a lesson in fashion and tailoring, and with three simple tools, you can make your own suit to wear out on the town.

Money might not grow on trees, but now you can wear your wealth on your sleeve.