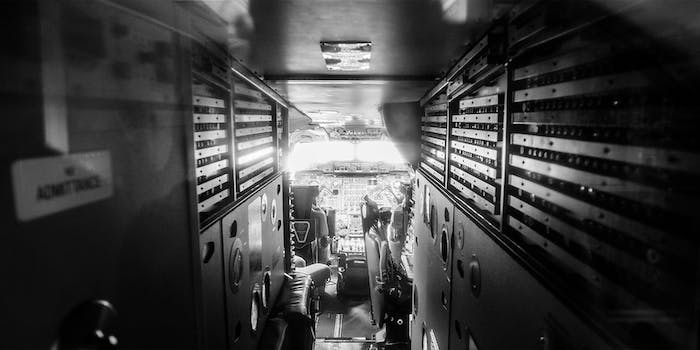 Why are we so bothered by fat people on airplanes?

When I was younger, I used to love flying, which was a good thing, because I did a lot of it. I loved the whole process, from arriving at the airport to finding my seat to peering out the window as the plane took off, watching the bunnies that lived around the airfield skitter away at the sounds of the jet engines. I loved coming in to land over new cities, especially at night, when their lights rolled out beneath us like diamonds. There was even something thrilling about going through customs, getting another stamp in my passport, walking outside for the first time in a new country and having that strange realization that every place on Earth is different, but we all breathe the same air.

I think everyone’s experience of flying changed after 2001. How could it not, with the escalating and ever more baroque security theater that we’re all subjected to every time we go anywhere by plane; we speak wistfully of the days when we could go through to meet arrivals at the gate, when we didn’t have to take our shoes off at security, when the pilot would let us into the cabin to see the controls and the flight attendants would give us wings. Somewhere, I have a pair of wings from TWA, my favorite airline, acquired at some point in childhood.

I got fat, to paraphrase John Green (who was himself paraphrasing Hemingway), slowly, and then all at once. It took years of a gradual shift over time, but there came a point when I looked in the mirror one day and realized that I was incontrovertibly, unavoidably, very obviously fat, small-f fat—not big-F Fat, but still, fat. I started to notice that stores didn’t carry my size, that I was the largest person in the room, that I was afraid of breaking old furniture, that people classified me as “a fat person,” that I had stretch marks, fascinating silvery glistening ribbons, where none had existed before.

There’s a lot about being fat that’s pretty awesome. There’s also a lot that’s not, and most of that comes from society—not my own body, because, in case you haven’t noticed, this is a society that hates fat people. We are constantly told that people are worried about our “health,” even though the alleged link between fat and health is very tenuous, as demonstrated in a number of studies—and even though research strongly suggests that fat people who are surrounded with affirmations and support tend to be healthier. That people who get actual health care instead of calls to “lose weight” are healthier.

It’s not about our health. It’s about the big fat fact that many people have been socialized to find us unpleasant to look at. We’re gross, with our wobbles of fat, our chin folds, our large, spreading asses, our pendulous breasts and broad hips and jiggly thighs. These are things that should be hidden away from society so we don’t agitate or upset anyone with the reality of our bodies; we should be entombed in muumuus and other drapy, lightweight garments, all nylon and polyester because no natural fibers are available in our size.

To be fat and proud, to be fat and alive and happy, is to be suspect, and I am reminded of this when I board an aircraft. It doesn’t happen to all fat people, and it doesn’t happen all the time, and the level of hatred you encounter when flying while fat is heavily dependent on how fat you are—an inbetweenie, like me, a Death Fat, these are different experiences.

But I’ve been glared at people who are upset about meeting their fat rowmate, I’ve had people sickle their bodies away from me like fatness is communicable, I’ve had people sigh dramatically at having to get up so I can get past them to use the bathroom, I’ve had men jabbing me with their elbows and claiming it’s my fault because I’m so fat that I overflow from my seat—despite the fact that I am well within the invisible lines drawn around each seat’s personal space, terrified of overstepping.

It doesn’t help that airlines have narrowed their rows and cramped their seats together in order to pack in more customers, that even people of average and medium build are wedged into seats like sardines in a can. Yet, for some reason, it’s we fatties who are blamed for this, as though we personally have the power to draft fleet development policy.

And it’s not just the fatties in the seats who get targeted for hatred, as we discovered when Social Network producer Dana Brunetti whined to Delta about having a fat (sorry, “overweight”—which always raises the mental image for me of “over what weight?”) flight attendant.

Aside from the fact that I highly doubt his flight attendant was actually fat (airlines have very strict “appearance standards” and “being fat” doesn’t generally fit within corporate policy), his comment was highly telling. As Jezebel’s Rebecca Rose noted, it’s telling that these kinds of attitudes are being voiced by the people who create pop culture, and thus, shape the way we think about women and their bodies—though the gender of the flight attendant wasn’t specified, it’s highly probable she was a woman, and even if he was a man, Rose’s point still stands.

Fat people need to get around. We hate being crammed into uncomfortable spaces every bit as much as everyone else does, but we’re not giving up our right to be in public to assuage your desire to never see anyone over a size eight again. (Mysteriously, the bar for “fat” seems to keep dropping.) Sometimes fat people need to fly, and we sure as hell don’t have wings.

And sometimes fat people need to have jobs, and we sure as hell don’t deserve to be discriminated against just because some people don’t like to look at us.

Photo by angeloangelo/Flickr (CC BY 2.0)