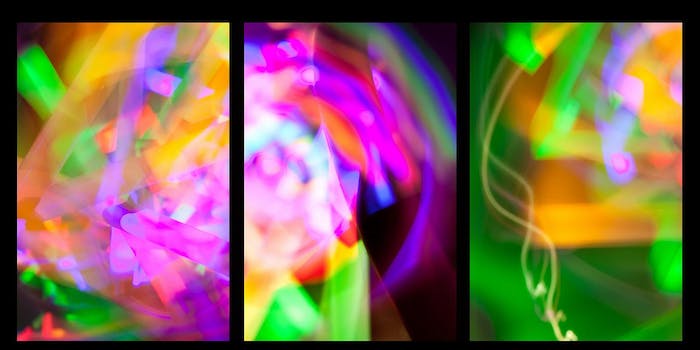 How I hacked my best friend’s genome—and I could hack yours, too

And I could hack yours, too.

I was recently on a flight back to New York from London and was sitting one row away from Daniel Day Lewis and his partner Rebecca Miller. And as Lewis politely asked for another cup of coffee I thought about the results that were printed out in front of me.

You see, I just finished hacking my best friend’s genome and it was surprisingly easier than I imagined—and as it turns out, completely legal.

Now you may be wondering why anyone would want to hack someone’s genome without their consent.

With the drop in the cost of testing and the ease at which it’s possible to attain DNA samples (all it takes is a discarded piece of gum or used coffee cup), it’s possible to get a genetic snapshot of you that can reveal more things about you than you already even know about yourself. Information regarding predisposition to psychiatric illness, obesity, cancer, and even life expectancy are just a few things that can be easily garnered surreptitiously and completely without your consent.

My aim in trying to hack my best friend’s genome was to see whether or not it was possible to extract his DNA without his knowledge (he agreed to this in principle but was not told when it would happen) from something he discarded and to subsequently have a peek into his genome. It was likely the easiest experiment I’ve ever conducted—and with multiple companies offering genetic testing online, it’s very likely that I’m not the first to attempt to hack someone else’s genome.

And boy did I ever uncover some provocatively revealing and dangerous health information about my friend.

For one thing, it turns out he inherited over three dozen risk factors for schizophrenia, increased risk for prostate cancer, addiction to opiates, and the list goes on and on. But that’s not the most serious thing I uncovered. It turns out that he has additionally inherited mutations in a gene that predispose him to dementia. Now what would happen if this wasn’t an experiment but rather a nefarious plot to expose someone and their family’s health predilections?

Since there is also no federal protection (most states lack this as well) against genetic discrimination, my best friend would also now have considerable trouble getting disability and life insurance with this kind of information exposed. Imagine just how much personal damage could be done when this kind of information becomes leaked and made public.

Knowing what I just told you about my friend, would you want to hire, date, or work with someone like this?

I’m sure that you must be thinking that these actions surely are illegal. They are not. In fact, in most U.S. jurisdictions you can legally hack someone’s genome, through “non-consensual” sampling, as it’s called, and then post that information online for all to see.

Some countries like the U.K. have enacted laws to make such DNA sampling and testing illegal, but these laws are quite easy to circumvent simply by sending the sample out to a lab in a country where it’s perfectly legal. And far from being only personally damaging, exposing genetic data by uncovering information about an individual allows you to then connect those results to close and distant relatives like parents, siblings and cousins. This means whole families and communities are vulnerable to genetic discrimination, and they don’t even know it.

I thought about all these implications as the pilot announced that we were on our final approach and should be stowing our trays for landing. The fact that I could legally hack someone’s genome by simply sending off a sample and get such sensitive information back is incredibly concerning.

I couldn’t help but wonder if Lewis knew how easy it was for me to hack a stranger’s genome. Medical information in every other realm other than genetics is considered private in the U.S. and someone attaining them without proper consent is deemed criminal. Would he so eagerly return his now empty coffee cup to the flight steward, thereby exposing his genome to potential outside scrutiny?

When it comes to genetics it seems, we’re not only behind the curve but not even aware of the existence of any of these complex issues. Until we have proper laws in place and even long after it may be prudent to choose your friends wisely and be sure to discard your tissues, used coffee cups and every other item that may house your DNA with extreme care.

Because you just never know when someone may want to hack your genome.

This article was originally featured on Medium and reposted with permission. Sharon Moalem MD, PhD, is an award-winning scientist, physician, New York Times and international bestselling author of the books Survival of the Sickest and How Sex works. His much anticipated third book, Inheritance: How Our Genes Change Our Lives and Our Lives Change Our Genes, was released in April of 2014.

Photo via Marc Samsom/Flickr (CC BY 2.0)