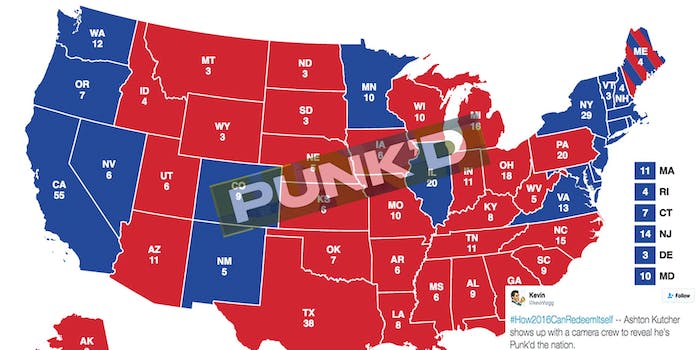 #How2016CanRedeemItself begins trending—but can this year really get any better?

2016 is mercifully coming to an end. It’s the last month of the year, which means winter holidays, year-end lists, and the writing of resolutions. But, as dumpster fiery as the past 11 months have been, Twitter’s convinced it can still get better within a few weeks’ time.

#How2016CanRedeemItself — Ashton Kutcher shows up with a camera crew to reveal he's Punk'd the nation.

At the very least, after all we've been thru, just give Twitter an edit button #How2016CanRedeemItself

Perhaps the most frequent way people think 2016 can redeem itself, however, is by simply ending.

Relax, dear Twitter users. It’ll all be over soon.