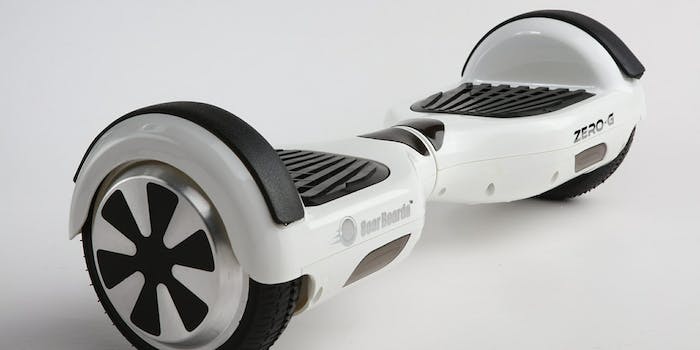 His driving skills are impressive.

If you own a hoverboard, you have to learn to be cautious. They might explode out of nowhere, and you’re liable to get arrested if you’re spotted on the streets of London while riding one.

And even though the 2015 version of the hoverboard isn’t what Michael J. Fox promised us, the guy in the video below is using his for profit—even if he, you know, allegedly is doing something illegal. And that’s why London’s police department would like a word with him.

According to the BBC, the suspect was grabbing a case of the energy drink, Lucozade, without paying for it. But could the guy look any more casual while going about his day? He’s definitely smoother on the hoverboard than, say, Santa Claus.

Yet, cops do what cops must, and they’d like the public’s help in identifying him so they can have a meeting of the minds.

It’s hard to blame them. I want to meet this guy, too. Just to shake his hand and learn how to be so damn smooth. He would no doubt enthrall Michael Jackson. Unless he was a surgeon of some kind. If that was the case, he’d immediately come to the attention of Sade.