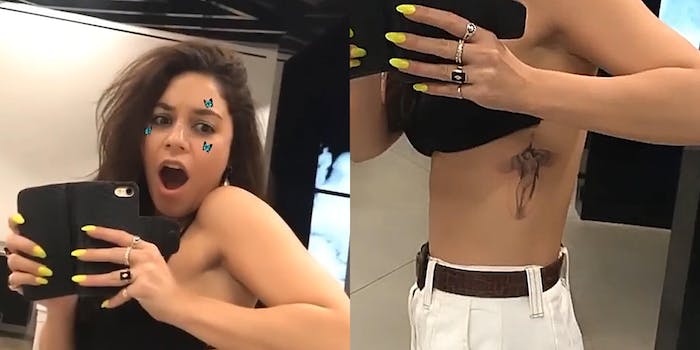 The video was made so that viewers can listen to the actress moan on a 'permanent loop.'

Fans are watching Hudgens live her best life. The actress is back in Los Angeles, and fans saw how ecstatic she was after she posted a video of herself, moaning with delight at being back in the California sun.

Hudgens posted another video to Instagram before that, showcasing a new “divine feminine angel” tattoo, and again, moaning over how much she loved it.

“I’d f*cking wife Vanessa Hudgens up like we’d been dating for 3 weeks and I was an 18 year old going into the army,” Twitter user @drewcadell94 wrote.

Some stans reminded everyone else that Hudgens has been hot since her High School Musical days.