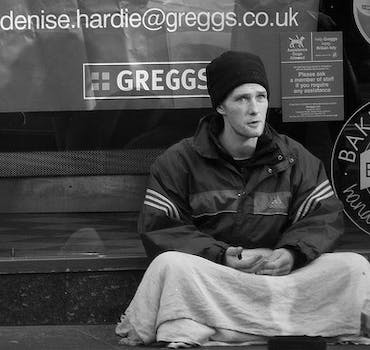 A new study concluded that the so-called digital divide between homeless youth and undergraduate students is not as massive as once assumed.

Professors at the University of Alabama discovered that 75 percent of homeless youth and 97 percent of undergraduate students were connected to social networking websites. Of the more than 300 people recruited for the survey, 237 participants were students from large universities, while 86 of the participants were homeless youth from shelters in New York and Los Angeles.

The study’s aim was to compare how homeless youth and college students are connecting with social networks, and it found that the two groups’ “technology use was strikingly similar,” wrote Rosanna Guadagno, Nicole Muscanell, and David Pollio, all employed by the University of Alabama.

Titled “The homeless use Facebook?! Similarities of social network use between college students and homeless young adults,” the study discovered that the two groups use social networking for different activities.

Undergraduate students use the websites for recreational purposes while homeless youth use social networking for means of communication, like messaging and blogging.

Homeless young women, the study concluded, don’t use the sites to stay in touch with friends or post messages, thus indicating that the women have smaller social groups and “reflecting a greater social isolation and fewer opportunities for these types of activities.”

With the assumption that because homeless youth don’t have the same ease of access to technology they must be not heavy users of social networks struck down, the digital divide between the two groups is not as significant as once believed.

“Since it is clear that the proportions of undergraduates and homeless young adults accessing social networking sites are similar, we assert that the term digital divide is not descriptive of the young adult population,” wrote the professors.