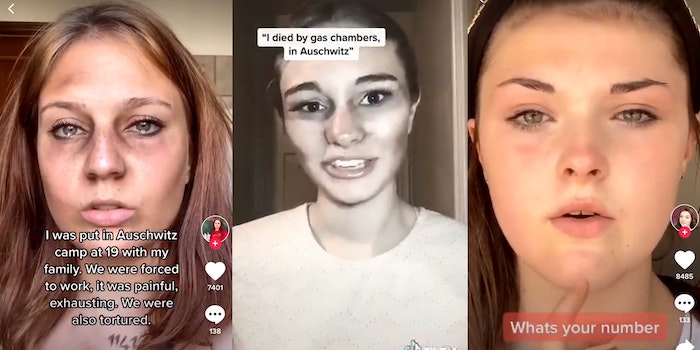 Participants are playacting as Holocaust victims, blurring the line between 'awareness' and mockery.

The POV trend on TikTok is home to many aspiring actors, creating characters or situations to express themselves. It also dips into some very dark territory, where violence or abuse is romanticized or normalized. That includes young people pretending to be Holocaust victims.