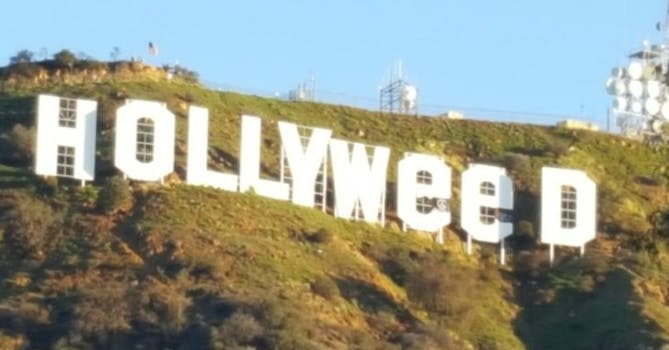 Call it a pot prank.

On Jan. 1, 1976, the vaunted Hollywood sign was altered to read “Hollyweed” to celebrate loosened marijuana laws in the state of California.

Take a look at what our cams captured – someone has modified the signage of the famed Hollywood sign to read “Hollyweed.” More soon.. pic.twitter.com/fMy7zkCaen

An official told CBS Los Angeles that somebody climbed the mountain around midnight Sunday and threw two tarps over the O’s to make them look like E’s. Similarly, Danny Finegood, a Cal State Northridge art major, used curtains to pull off the same effect in 1976.

The incident is being investigated as a misdemeanor trespassing, and apparently there is security video of the incident.

For some, the vandalism meant that 2017 was already off to a better start than 2016.