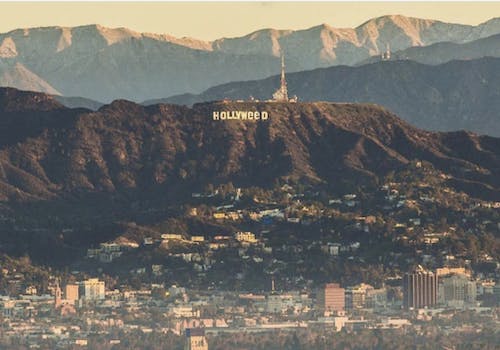 All in all, it sounds like authorities went pretty easy on him.

Zachary Fernandez, who captivated the internet on the first day of the new year, turned himself into authorities yesterday.

He was wanted by Los Angeles police for committing what will no doubt go down as one of the best pranks of 2017: He changed the ‘Hollywood’ sign to read ‘Hollyweed.’

Fernandez did not try to hide his identity, granting an interview to BuzzFeed just days later.

Now, he has been booked on misdemeanor trespassing charges and released on bail.

Fernandez said he did it to bring joy to the world after a rough 2016, but Los Angeles city councilman David Ryu didn’t agree with that sentiment.

“Pranks of this nature deplete the resources of our valuable public safety personnel, in both responding to the prank and in responding to the increased crowds and copycat attempts that these incidents generate. My office has urged the city attorney and L.A.P.D. to investigate and prosecute this case, as well as all attempts to trespass near, alter, or vandalize the sign.”

Fernandez said he would willingly accept responsibility if convicted.

Fernandez’s wife, who helped him pull off the prank, was not charged.

The question remains, though: Will they arrest all these people, too?

Fernandez is due in court Feb. 16.