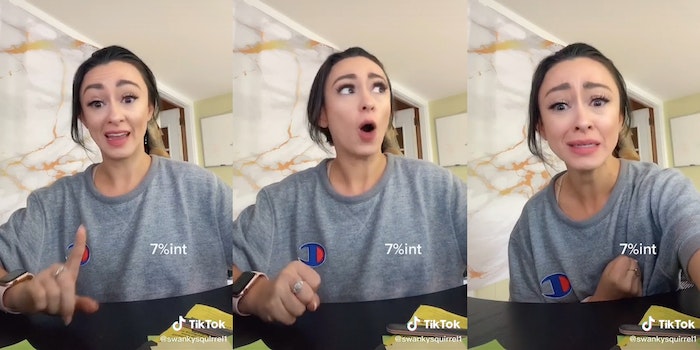 Holly Polly did not hold back.

A TikTok favorite going by Holly Polly (@swankysquirrel1) has gone viral with a video of her simultaneously laughing and crying over the amount she still owes on her student loan debt.