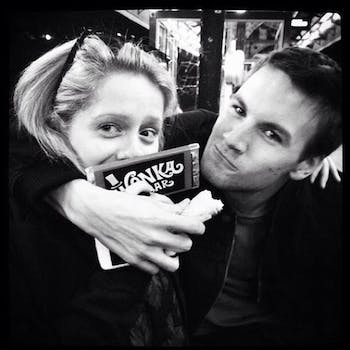 Twitter user Poppy Rose posted a series of tweets explaining her reasoning behind the takeover, which occured as employees were laid off Thursday.

The person who commandeered a verified HMV Twitter account as employees were laid off Thursday has given her reasoning behind the takeover.

“I would apologise for the #hmvXFactorFiring tweets but I felt like someone had to speak, she wrote on Twitter. “As someone without a family to support/no mortgage, I felt that I was the safest person to do so. Not to mention, I wanted to show the power of Social Media to those who refused to be educated.”

Rose used her access to the @hmvtweets account, which she claims to have set up while interning for the company two years ago and had sole control over off. She tweeted as 190 employees were laid off at the head office, and as the company’s marketing director frantically tried to shut down the account.

Shortly afterwards, she provided her rationale for speaking out through a company-branded channel to tens of thousands of followers.

Rose added that she provided the password for the accounts to HMV’s head office when asked to do so Thursday. She noted that since she started with the company, she’d been working “tirelessly to educate the business of the importance of Social Media” and that “it was the more senior members of staff who never seemed to grasp its importance.”

If they didn’t listen before, they most certainly are now.

Her story appears to check out, as her Foursquare checkins indicate she’s been to HMV headquarters on many occasions.

HMV later noted on its account that it was a “tough day for us all at hmv.” On the plus side, the company now has 7,000 more followers on Twitter.

Rose closed out her confessional by stating that she “should probably go and hide for a while.” That’s perhaps a good idea, even if HMV doesn’t plan to take action against her.