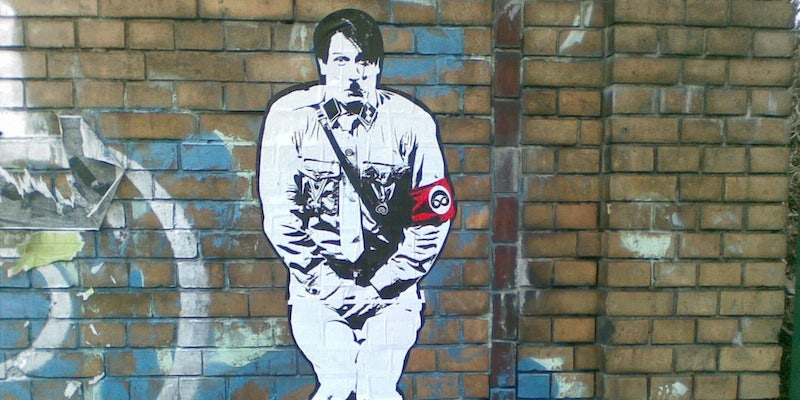 Hitler’s clone and 4 other historical doppelgängers on the Internet

All this science has gotten out of hand.

What was once science fiction is now science fact. Cloning is a reality, but because its researchers have had to jump countless legal hurdles, cut ethical corners, and work without appropriate regulation or oversight, we have paid the ultimate price.

Science had already proven the possibility of cloning in 1996, when Dolly the sheep was first conceived in her test tube in Scotland. Biologists and legislators then debated whether or not we should clone, leading to an inevitable question: “What if we cloned Hitler?”

Well, much to the dismay of the scientific and global community, somebody did clone Hitler.*

Why would anyone seek to recreate the most awful mass murderer of the 20th century? Despite our fears of repeating history, it turns out the clones will only replicate their original copy’s work if the exact environment they came out of is duplicated as well. (See also: The Boys from Brazil.)

Once this Hitler clone reached adulthood, in other words, it turned out he was pretty average, and certainly not a threat to humanity.

Just a normal guy working from nein to five

Of course, Adolf Hitler isn’t the only historical figure to reappear recently.

New Abraham Lincoln, it turns out, has no interest in politics.

Clone Joseph Stalin just wants people to get to know “Joe,” the friendly old man next door who definitely won’t start a Gulag.

Stalin sighting on the subway

Vincent van Gogh feels right at home in Brooklyn, New York, where he’s an actor—and has little interest in painting.

Living up to the common misquote, “Beer is living proof that God loves us and wants us to be happy,” Benjamin Franklin lives a happy, low-key life in Austin, Texas, where he started his own craft brew company.

Although these secretive rogue scientists have yet to clone a woman, they are no doubt hard at work on clone versions of Lucille Ball, Bessie Smith, Margaret Thatcher, Nefertiti, and Frida Kahlo. So stay tuned.