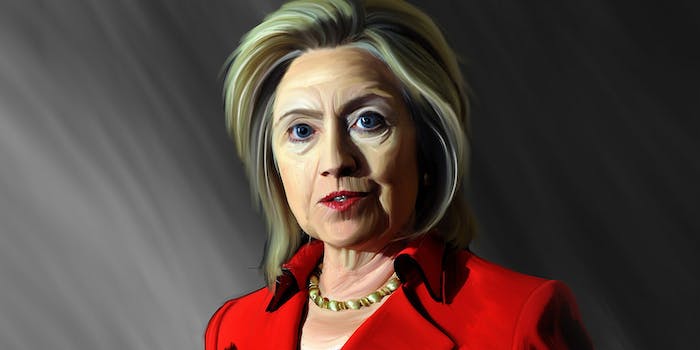 This week, Hillary Clinton unveiled her ambitious plan to reduce the crushing level of student debt many Americans face. The $350 billion proposal aims to make tuition to public colleges debt-free for most students, with Clinton vowing: “No family and no student should have to borrow to pay tuition at a public college or university.”

Clinton’s announcement follows last month’s push by former Maryland Governor and current Democratic presidential candidate Martin O’Malley unveiled a plan that would incentivize individual states to lower tuition costs and Senator Bernie Sanders’ (D-Vt.) plan for the government to make all four-year degrees completely free by taxing financial transactions. Even Sen. Elizabeth Warren (D-Mass.) beat Clinton to the punch: Warren proposed her own plan on the Senate floor in March, only to have it voted down as an amendment to the Republican budget.

Clinton’s tardiness to this debate, one that affects the financial well-being of the 40 million Americans shouldering $1.2 trillion in student debt, could make it appear as if she is pandering to younger voters by promising a lofty tuition plan. While tackling student debt is nonetheless commendable, her goals of reform are unlikely to become a reality.

While the plan is ambitious, one must ask whether it’s even worth it to Hillary Clinton’s campaign, as chasing young voters tends to be a fool’s errand. Democratic candidates can count on colleges as huge centers of support during the campaign, but on election day, the youth vote rarely shows up. Voters between the age of 18-29 are famously finicky about voting in midterm elections—despite offering strong political views to pollsters—and presidential elections only fare slightly better. This is a reasonable source of frustration among the Democratic Party, as millennials skew liberal on most major issues.

While tackling student debt is nonetheless commendable, her goals of reform are unlikely to become a reality.

The current Democratic president might understand the challenges of capturing young voters better than anyone. Barack Obama spent much of his 2008 campaign promising reasonable goals for offering more Pell grants and tax credits to students and their families, as well as reducing government subsidies to predatory lenders and risky for-profit colleges.

Despite his focus on issues that would appeal to millennials, Obama saw a steady decrease of the number of young voters that turned out for him in 2012, with his support among 18-29 year olds dropping from 66 percent in 2008 to just 60 percent in 2012.

Barack Obama’s short gains despite sustained charges against the swelling tide of student debt is one likely reason O’Malley, Sanders, and Clinton are pushing for more comprehensive plans. While it’s still quite early in the primary process for many to be paying attention—especially with a certain orange carnival barker filling the space of the news cycle—Clinton and her opponents are hoping to capture early support from young people by making big, headline-grabbing proposals for free college.

To get an idea of how desperate candidates are to energize the long-dormant young voter base, look no further than where most out-of-touch politicians go to appear hip and with it: Twitter. On the social media platform, Hillary Clinton’s campaign published a graphic advertising the staggering $1.2 trillion Americans owe in student debt. Retaliating with a very similar graphic, Republican presidential candidate Jeb Bush claimed student debt had doubled under the current Democratic administration.

In response, Clinton cited a a Center for Public Policy and Higher Education report which gave Jeb Bush an “F” rating for his student debt policies during his stint as the governor of Florida. Attempting to get the last word in the exchange, Bush’s campaign tilted the arrow in Clinton’s campaign logo to point up, using the word “taxes” as a backdrop.

If the social media managers of these two perceived frontrunners, each from major political dynasties, are willing to engage in a catfight on Twitter on debt reform, it’s unlikely that the situation would fare any better in a divided Washington. Sweeping overhauls tend to fare very poorly in the current era of Congress, a reality that isn’t likely to change when Clinton, O’Malley, or Sanders arrives at the Oval Office. It’s why most of Obama’s movement on student loans has come from executive orders and changing Department of Education internal policies, instead of through the legislature.

Even modest proposals, like Elizabeth Warren’s repeated attempts to allow students and graduates to refinance their loans, have not fared well. They either have not gained enough votes to surpass a Republican filibuster or have failed to get a majority at all.

Despite his focus on issues that would appeal to millennials, Obama saw a steady decrease of the number of young voters that turned out for him in 2012.

So how Hillary Clinton or anyone else expects to push through such a massive bill is anyone’s guess. My suspicion, though seemingly cynical, is that Clinton doesn’t actually believe the bill stands much of a chance at all.

It’s one of the benefits of targeting young voters—they typically stop paying attention long before the campaign has ended, even when the issues affect them personally. Compared to Generation X or Baby Boomers, according to a 2014 Pew study, millennials show the least amount of interest in politics and are “unmoored” to any one political party. Breaking a promise to them is like breaking a promise to no one, just like Obama found out the hard way: Keeping his promises on student debt did him little good.

This is actually quite tragic for all of us economically, not just students. According to a Federal Reserve of New York paper, the crushing level of debt experienced by many graduates means student loans are making people less likely to take out loans for other major purchases, like buying houses and cars. The long-accepted truth that college graduates borrow more is no longer the case, meaning that rising tuition costs might be leveling out the earnings difference of a college graduate versus a high school graduate—the main reason many go to college at all.

These are overarching problems that affect everyone, not just those in debt. It’s especially tragic that campaigns like Hillary Clinton’s would make set such an impossibly high bar for themselves just to chase the white whale of young voters. It’s entirely possible Clinton, who fought to have the student debt of public servants completely forgiven, is being very sincere when she promotes this massive plan. But with a stagnant legislative branch, one wonders whether she is either overestimating Republicans’ willingness to work with her or overestimating the political power of millennials.

Student debt is more than a buzzword to move voting blocs: It’s a hindrance on the future of our economy and our workforce. And as long as it’s little more than a political mouthpiece, however, it will likely remain that way.