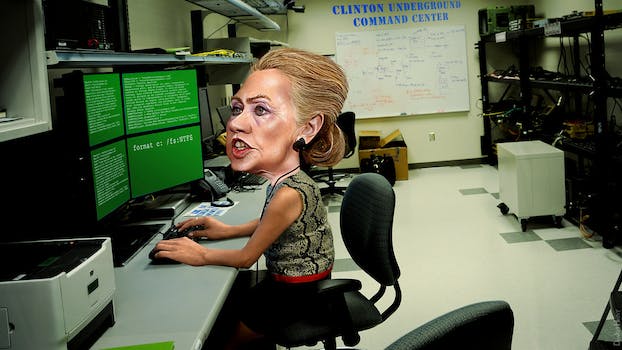 Here's how the Hillary Clinton email scandal will affect the 2016 presidential race.

Whether or not Hillary Clinton becomes America’s first female president on January 20, 2017, one thing is certain: If the American electorate denies her the privilege of shattering the nation’s highest glass ceiling, it won’t be because she decided to use a personalized email address as Secretary of State.

This doesn’t necessarily mean we won’t wind up hearing an awful lot about either the emails or some other scandal during the campaign. That said, as the progress of technology (most recently the Internet) continues to bombard us with news of political scandals, the sheer quantity is going to continue to numb us to revelations of real or potential official impropriety.

In the case of Clinton’s emails, of course, the scandal is likely to be hobbled by the fact that its revelations of government secrets and abuse of power pales in comparison to past wrongdoing. If recent speculation from the New York Times proves correct, and Clinton did indeed violate federal requirements that officials’ correspondence be kept in agency record, this would hardly be worse than the myriad scandals of the George W. Bush era, which involved offenses ranging from the covert expansion of the security state (such as NSA wiretapping) to the Valerie Plame leaks.

By contrast, all we have so far learned about Hillary Clinton is that she created her own email server to maintain control over the digital information produced by her office. “Think of computer servers a bit like post offices,” explains Anne Flaherty and Nancy Benac of the Associated Press. “Every time you send an email, that message is stored on a server physically located at a facility owned by Yahoo or Google, for example. That server connects with other networks on the Internet and sends a copy to the intended recipient. … Every time you write something online, a third party—Yahoo or Google or your employer—has a copy.”

By setting up a computer email server on an Internet connection traceable back to her family’s hometown in New York, Hillary Clinton made it much harder for potential leakers to access her servers, while also eliminating any digital paper trail in government records. Until she releases those emails that don’t need to be kept confidential for security reasons (as Clinton has already promised), we will have no way of knowing the same things about her four years as Secretary of State that we can glean from the government records of other officers who served during that period.

If Clinton is caught refusing to release information that the public has strong circumstantial reason to believe is damning (think something along the lines of Nixon’s White House tapes), there will then be sound reason to believe her political goose has been cooked. Until then, however, it is important to remember that Clinton has already survived controversies much worse than this one. Since her days as First Lady, she was investigated based on allegations from a failed real estate venture when she lived in Arkansas. And near the end of her popular tenure as Secretary of State, right-wing bloggers led the charge in searching for ways to blame both her and President Obama for the terrorist attack on the American embassy in Benghazi.

Even emails publicized last year that showed her private reactions to her husband’s infidelity have been spun as an attack against her. In light of this, the new allegations involving her private email account may receive attention, but they don’t particularly shock anyone. Clinton is still the heavy favorite to be the Democratic presidential nominee in 2016 and has a realistic shot of winning in the general election. It would take quite a scandal to seriously tarnish Clinton’s political brand at this point.

It is also important to remember that America has a long history of seeing its political life get rougher as mass communication technologies have advanced. When America developed one of the most sophisticated national postal services in the world during George Washington’s presidency, it was promptly used by John Adams and Thomas Jefferson to viciously smear each other in America’s first partisan presidential campaigns. The railroad, industrialized printing press, and radio eventually followed, each one further immersing and desensitizing the public to the innumerable scandals each partisan faction ascribed to its opponents; tellingly, the first message ever sent by telegraph concerned the nomination of James K. Polk at the 1844 Democratic National Convention.

Finally, television coverage of Richard Nixon’s downfall during the Watergate scandal so thoroughly transformed how Americans views their elected leaders that the suffix “-gate” is commonly used to denote any kind of scandal.

Even the effects of these technological advances paled in comparison to the impact of the Internet. Just as television transmitted Watergate to the American people, the Monica Lewinsky scandal was first brought to the public by a right-wing blogger, with the special prosecutor making a point of publishing his report online to fan the flames for Bill Clinton’s impeachment.

While it’s understandable why Clinton’s partisan opponents are tempted to overstate the ramifications of the newest batch of smears against her (and why the media naturally milks them for all the coverage they can get out of them), it is important to place the email scandal in this broader context. The odds are that if Clinton seeks and fails to win the nomination, it will more likely be due to the last-minute rise of a strong challenger (see: her campaign against Obama in 2008). And if she loses in the general election, Hillary might instead blame public dissatisfaction with the incumbent party in general (see: John McCain’s plight in 2008).

Barring any further revelations, the emails should be dismissed as yet another overhyped story that will blow over.