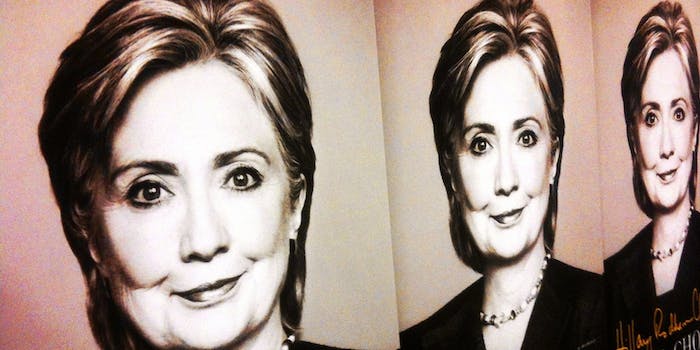 So, Hillary Clinton’s latest autobiography is out (speaking of which, isn’t there sort of a one autobiography limit?). In case you haven’t heard, it actually makes for rather dull reading for the most part. She’s not saying whether she’s running in 2016, unless my copy’s secret decoder ring fell out somewhere, though with the occasional well-placed pithy quote, it was obviously a clear political ploy to put her back on the radar as we ramp up for the 2016 election. Pundits, start your engines.

But admist the drier bits, the more interesting side of Hillary’s time at the helm of the State Department surfaces, and one of the most engaging chapters covered what Clinton refers to as “digital diplomacy” (her term for “dragging State out of the 20th century”). If her husband’s Vice-President played a key role in popularizing the Internet, Clinton was determined to take it to the next level.

Government agencies are notoriously slow on the uptake when it comes to recognizing and taking advantage of the Internet, as scores of truly terrible government websites can attest. Only under the Obama Administration did the federal government really start using digital resources as a tool for communication, outreach, and functionality. The result for the White House has been a highly effective engagement campaign on multiple levels, from social media (Michelle Obama is creeping up on one million Instagram followers), to a revamped WhiteHouse.gov, to the widespread use of personal digital devices in the West Wing.

When Clinton entered the State Department, she was acutely aware of this problem, after her time as First Lady and then as a Senator from New York. She made early adoption of technology a priority, explaining that: “In 2008, Alec [her Senior Advisor for Innovation] had helped the Obama campaign’s outreach to Silicon Valley and the broader technology industry. When I became Secretary, I asked him to help me move the State Department into the 21st century…I understood that new technologies would reshape the way we practiced diplomacy and development.”

It was a revolutionary move. While government agencies have been quick to realize the potential of technology when it comes to spying (cheers to you, NSA!), they haven’t been so quick to see them as Clinton did, as potential tools for changing the way the U.S. conducts diplomacy. One of the most fascinating moves Clinton made during her time at State was to encourage investment in technologies that would help protesters, dissidents, and marginalized groups communicate, even during periods of government repression.

She describes special education sessions held by State to train activists: “We used these sessions to help civil society groups from across the region learn how to use technology to advance their work and avoid persecution…A team of experts from the State Department was on hand to explain how activists could protect their privacy and anonymity online and thwart restrictive government firewalls. We also had executives from Twitter, Microsoft, Facebook, and Skype.”

Clinton wasn’t just trying to bring State up to date—she was trying to actively leverage Internet use to promote a freer and more just society overseas, famously making a speech in 2010 about the “freedom to connect.” Her decision was kind of stunning, when you consider the way the US has persecuted its own Internet activists; many of the tools State was training overseas activists in were being actively deployed by people in the US to protect themselves from NSA spying and other government interference.

She admits in “21st Century Statecraft” that the State Department, and Clinton herself, had concerns about the potential abuse and exploitation of these technologies, recognizing the rise in digital crime. Ultimately, though: “I decided that striking a blow for free expression and association around the world was worth the risk…by the time I visited Lithuania in 2011, we had invested more than $45 million in tools to help keep dissidents safe online and trained more than five thousand activists worldwide, who turned around and trained thousands more.”

These State Department-sponsored teach-ins were undoubtedly a far cry from the hackathons and other meetups held in the US and organized by ordinary citizens for the same purpose, but represent a telling shift in policy. Historically, the US has kept its technologies and skills close to its chest, sharing them sparingly with allies and only when it deems this critically necessary. Clinton was advocating for a breakdown of the walls.

Under her direction, the State Department was actually paying to develop subversive aps, like a “Panic Button” that activists could press on their phones to summon help and erase their contacts during arrests. She was also pushing for a democratization of the Internet that seems all the more amazing given the current struggles over net neutrality and assurances that all people in the U.S. will indeed have equal access to the Internet.

While the State Department doesn’t deserve all the credit for tech-driven revolutions and communications, and the continuing push on the part of activists and advocates online, Clinton’s decisions should still be recognized for what they were. Clinton has always been a far-seeing, long-term, big-picture politician, and the decision to provide outreach, tech tools, and training as diplomatic tools was a smart one (and infinitely better than, say, arming Syrian rebels).

During her time at State, Clinton advocated for what she referred to as “smart power,” and a shift away from some conventional tools of diplomacy and governance. Rather than using brute force, she was more likely to push for negotiations and tactics like these, putting power in the hands of individual civilians instead of governments. Clinton’s open discussion of this move isn’t just interesting: It’s also a telling indicator of what her Presidency might be like.