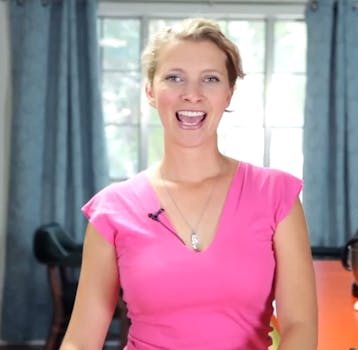 If you can't stand the heat, get out of Hilah Johnson's kitchen.

“I think I actually heard about Dan Cathy’s interview through people commenting on the video,” Johnson told the Daily Dot.

“I was like, ‘Oh, I guess I should go read about that.’ We didn’t really expect the rush because I didn’t really know it happened.”

That rush Johnson speaks of is in reference to a view count that ascended like a bottle rocket on the Fourth of July. Posted onto YouTube June 18, the video, officially titled “Chick-Fil-Gay Sandwich (Chick-Fil-A Copycat Recipe),” earned a small wealth of attention in its first three weeks. But it’s shot up the charts since Chick-fil-A’s stance on gay marriage became a major national talking point, racking up nearly 150,000 views since July 18.

Despite its ties to the anti-Chick-fil-A crowd, Johnson maintains that she didn’t make the video so that it could serve as some type of sincere statement.

“I have opinions about things, but I wouldn’t really call myself an activist,” she said. “I don’t eat there anymore, and I do have gay friends who do like it and miss it, so I made the video more for those people.

“I wasn’t really setting out to make a statement. I was really just surprised with how many people were offended by it. I thought it was lighthearted the way it was done. But any time something gets big like that, there will always be some extreme opinions.”

Which means that the most pointed shot she takes during the video is actually her claim that the Chick-fil-Gay sandwich is better than the one you can get in the store. (A serious boast considering that she doesn’t use peanut oil for her frying.)

“I just think it was fresher,” Johnson said of her sandwich.

“It had just come out of the fryer and hadn’t sat in the bag for a while. There’s more to the flavor profile, more than just salt—which is typical of fast food—with the celery, garlic, all the herby flavors. And there’s a whole lot less sodium, too. No MSG, which I don’t personally have a problem with, but I believe some people do, and I do think it’s used as a cheap way to make bad food taste good.”