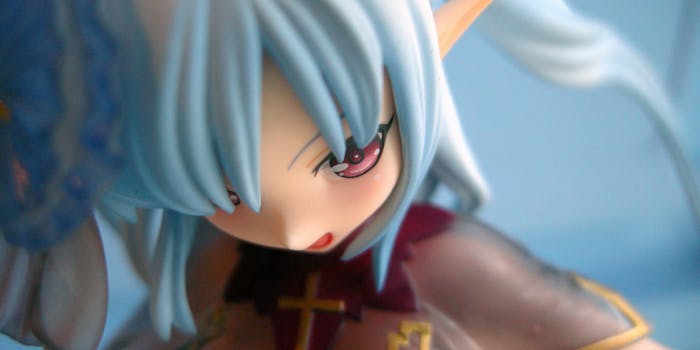 This dude raps about anime porn—and it rules

From cat videos to autotuned remixes, the Internet well of creativity and entertainment can feel bottomless. But growing up in the digital age, very few things can truly surprise in both originality and hilarity. Falling through the YouTube rabbit hole, we hit upon one video that did just that.

Actually, it’s pretty common to see stores with multiple floors dedicated to such titles, with customers browsing and buying away.

As funny as the concept is, however, his songs and flow are actually really good, and can get surprisingly deep.  We were able to catch up with the upcoming rapper and pick his mind about his unique craft.

How long have you been rapping?

I’ve been “rapping” for about 2-3 years. I started when I was 17 or so and I had no idea what I was stepping into. I had no mixing knowledge or any knowledge on rapping.

Which artists have inspired you most?

When I first started out “rapping” I actually didn’t have very many people I listened to. Like, I knew who a lot of the mainstream artists were, but I didn’t really take much interest in them. Shiki really inspires me, he puts in hella work and it’s just amazing what he’s able to do. He constantly reminds me of what I could be making and it’s great to work with him. Holder (aka MajorLeagueWobs) really inspires me too, he’s got a great work ethic and is an amazing producer + friend.

The first anime rap song I heard was Josip on Deck’s “Anime Pussy.” That shit was wild, I had no idea something like that was possible. I actually heard it about one or two years before I started making songs myself. I was in high school and my friends showed me in between class. I just thought being able to rap about something like that and own it was hilarious.

Would you consider yourself more of a musician or comedian?

That’s a tough one; sometimes I think of myself as a rapper, but most of the time I consider myself a comedian. I wouldn’t say I have the best flow or bars, but I do try to be entertaining.

What do your family and friends think about your music?

My family and friends fully support me doing something I like to do. When I first started out I kept it real low-key and didn’t tell anyone. Some people around me actually figured out before I told them. Thankfully everyone supports it and doesn’t seem to care at all (it’s really ironic lol).

What Internet communities would you consider yourself a part of?

As far as online communities go I mainly hang out on Twitter and SoundCloud. Those are my two favorite places to be. It may sound weird, but those two places have changed my life a lot, and I really enjoy spending time on them. I’ve met and made so many real friends through those sites. Most of the time we all squad up when it’s convention time and just have a good time.

In what ways have you tried to push and evolve your craft? Do you worry that your music will be thought of as a gimmick?

I try to push my craft with my own skills. Right now, I do all my own recording, all my mixing, all my own writing, edit and create my own videos, etc. I do it this way because it really makes me responsible for everything I put out and lets me improve. That doesn’t mean I don’t work with other people or anything like that. I just like to handle my own stuff and not bother other people with work. I’m not really worried as being received as a gimmick, if someone doesn’t like my content that just means my content isn’t meant for them, which is totally OK.

Photo via Jason NIeuwoudt/Flickr (CC BY 2.0)