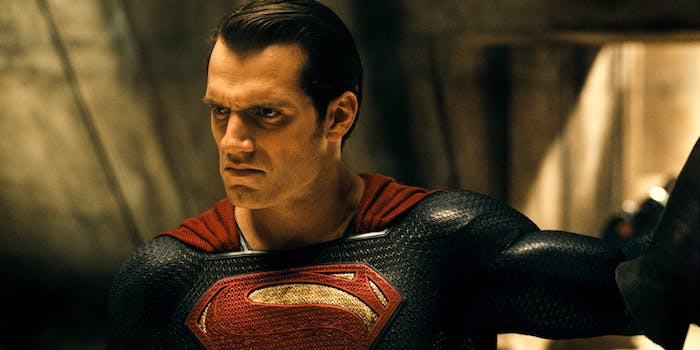 Henry Cavill may reprise his role as Superman

We thought we'd seen the last of Henry Cavill's Superman

Snyder Cut aside, we thought we’d seen the last of Henry Cavill‘s Superman. Cavill has long since moved onto other projects (namely The Witcher) and the DC franchise has changed course, shifting to a mostly-disconnected model of spinoffs like Wonder Woman 1984 and Birds of Prey, as opposed to the Marvel-style franchise of Justice League.

But according to new reports, Cavill may play Superman once again.

Deadline reports that Cavill is now in talks to reprise his role as the Man of Steel. He’s spoken before about wanting to play Superman again, and while it doesn’t look like there’s a solo film on the cards, he could have a cameo in another DC movie.

Wonder Woman 1984 and James Gunn’s The Suicide Squad have both finished filming, so Superman won’t show up in those. The Batman (which was forced to halt production due to the coronavirus) also seems unlikely, not least because Pattinson’s Bruce Wayne exists in a different continuity from Ben Affleck’s Batman. However, Superman could easily be inserted into one of Warner Bros.’ upcoming DC spinoffs like Aquaman 2 (the most obvious choice), Shazam 2, or the Shazam spinoff Black Adam, starring Dwayne Johnson.

While the Cavill/Affleck Justice League franchise now feels like a thing of the past, there’s definitely fan support for Cavill’s return––both among people who enjoyed his previous Superman movies and also those who thought he might do better with a more traditional, upbeat portrayal of the character.