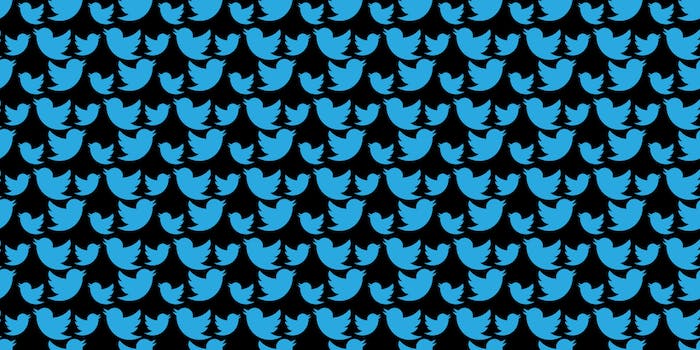 As it turns out, the 1,000 followers I lost were never legitimate to begin with.

I awoke at six in the morning today only to discover I’d lost 1,000 Twitter followers. Distraught, I headed to the kitchen, holding back tears as I dove into a bowl of granola. I asked myself, What have I possibly done to deserve this?

I cherish my Twitter followers, each and every one of them, even those who never fav my tweets. This is why I was hit hard as my follower count plummeted from 1,737 to just 773 overnight. I went from being the most followed person in my sixth form to, quite frankly, a nobody. My prestige was tarnished; my self-respect ceased to exist.

But when I told my boyfriend about it, I found out the truth: The followers were never legitimate to begin with. Without prior warning, my boyfriend had bought me 1,000 followers from purchasemorefollowers.co.uk. He’d bought them from a click farm as a joke, or maybe a present? Either way, I didn’t ask for it.

Other than my boyfriend, none of my friends knew what a click farm was. They subsequently struggled to display any kind of empathy, leaving me feeling further disheartened. Click farms aren’t well-known, and that’s why I love them. I got away with gaining 1,000 followers and no one questioned their validity because, as far as friends were concerned, there is no way to gain followers other than patient waiting and dutiful engagement.

Initially, I was shocked when I gained the followers, but I also felt fairly smug, because I knew it would make for great conversation with my friends. After gaining the first 10 followers, I thought luck was in my favor. But after a few hours, I only had to click on the “followers” tab on my profile and read the bios to understand what had happened.

Click farms, essentially social media sweatshops due to the poor working conditions, require employees to churn out thousands of clicks, or follows, per day. According to iTWire, workers with relatively basic English skills are paid minimal amounts of money to work grueling 12-hour shifts. Click fraud is a crime, and these farms subsequently have a propensity to be shut down if the accounts of workers, which are often in the thousands, are deactivated.

Visiting Who.Unfollowed.Me confirmed my suspicion—all my unfollowers were fake. But much to my disgust, Purchase More Followers’ website is still fully functional. Twitter hasn’t yet caught on.

Purchase More Followers promises “the best customer support” and claims to reply to customers within an hour. After a few days, however, I’ve received nothing.

What bothers me isn’t the sketchiness of it all—it’s that there’s no quality control for the site’s services. Since emailing, I’ve lost an additional 100 followers. I can only assume Purchase More Followers has no intention of rectifying the problem and restoring my followers.

I endeavor to one day visit one of the world’s largest click farms in Dhaka, Bangladesh, to seek answers behind the possible reasons for the dramatic fall in my follower count and discover who is to blame. In the meantime, I solemnly swear I’ll relentlessly email Purchase More Followers until they revive me of my pride—something I truly can’t live without.

This story originally appeared on adelaidelm.blogspot.co.uk. Republished with permission.