This is the worst thing you will ever read.

Look, I have my doubts about whether the letter you’re about to read is genuine. But the fact that it’s an even halfway plausible demonstration of helicopter parenting—or, more accurately, drone parenting—is scary enough to warrant sharing it.

If incoming college freshman “Max” and his overbearing mom are real, well, we need to pray for them. Because between all the mouth-breathing and date-coaching, it sounds like they have far more than their fair share of daily battles to fight. I had a panic attack just reading about them. 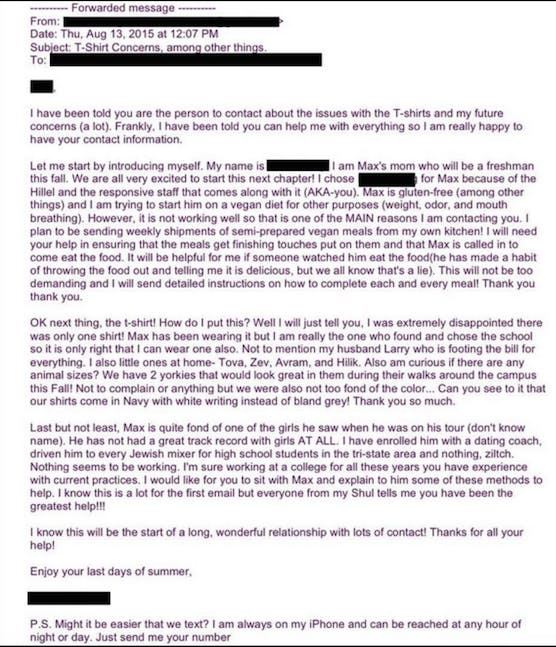 The appalling text was first tweeted by @rev_revolver, who later deleted it and denied knowing whether it was the real McCoy.

Seriously, if this is fake, whoever wrote it needs a job in Hollywood.

Photo via David Merrett/Flickr (CC BY 2.0)