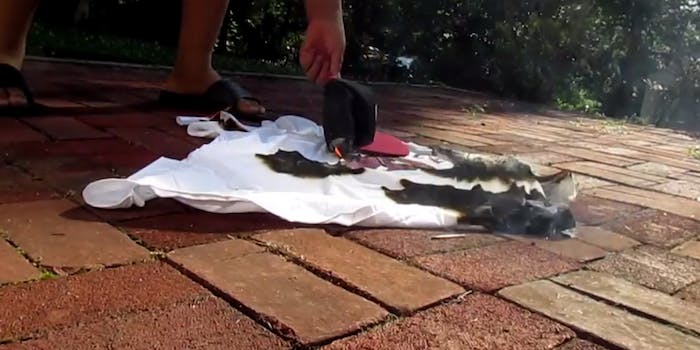 The decision by another name stings just as hard.

LeBron James, the best basketball player in the world, may have left the Miami Heat, but he hasn’t yet escaped the fire.

More specifically, the tried and true tradition of burning his jersey—established by wailing Cleveland fans when he first left his hometown team for south Florida in 2010—has been rekindled by Miami fans who are upset at his decision made Friday to go back home.

In a YouTube video posted Friday, YouTuber moneyman2j shows the world what Heat fans are made of: lighting his #6 jersey shirt as well as a spiffy Heat hat.

It takes almost six minutes, but the stuff eventually turns to ash.